Double A Founder and CEO Amber Allen today announced that a year into moving Double A’s headquarters to Austin, the company reached #123 on Inc. Magazine’s list of fastest-growing companies in America, proving the business potential within the Austin ecosystem. Double A was also rated the second fastest-growing company in Austin, and the 15th fastest-growing, woman-owned firm in the nation.

“Only two percent of women-owned businesses hit the one-million mark, so breaking the glass ceiling in the male-dominated gaming industry is no small feat. When I founded Double A, I believed I had to hire more men so the gaming and tech world would take me seriously,” Allen said. “I then realized it was skill and a great experience they were going to remember, not gender. We have proven that point. We’ve helped clients in the gaming and technology sectors reach their audiences and that is what really matters.”

Sly Majid, Chief Service Officer of the City of Austin, added, “Expanding opportunities for women in technology is a priority of this community, so we’re thrilled to see Amber Allen and Double A hit not only number two in Austin but also rank as the number one fastest growing woman-owned business in the city by leveraging her connections and growth to support both the civic and private sectors.”

Producing more than 300 experiences last year alone, Double A’s success is further proof of the growing desire for brands to strategically tap into the meteoric rise of e-sports, Virtual Reality, and gaming spaces to reach the millennial audience.

Allen continued, “Moving back home to Texas and creating jobs here has been a rewarding accomplishment. Having SXSW in our backyard has made it even more fun to do massive activations and amplify our international clients’ brands through our local network.”

Double A is an experiential marketing firm with in-house technology that connects clients with millennials. Double A elevates companies through meaningful brand partnerships and experiences in the e-sports, gaming, technology, and entertainment sectors to maximize ROI and engage consumers. Some of their clients include Alienware/Dell, Warner Bros., Blizzard, HTC, LG, Reddit, Twitch, Blue Hole, and Razer. Learn more about Double A at www.doubleaevents.com and connect with them on Facebook or Twitter. 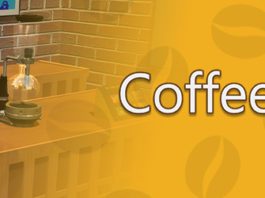