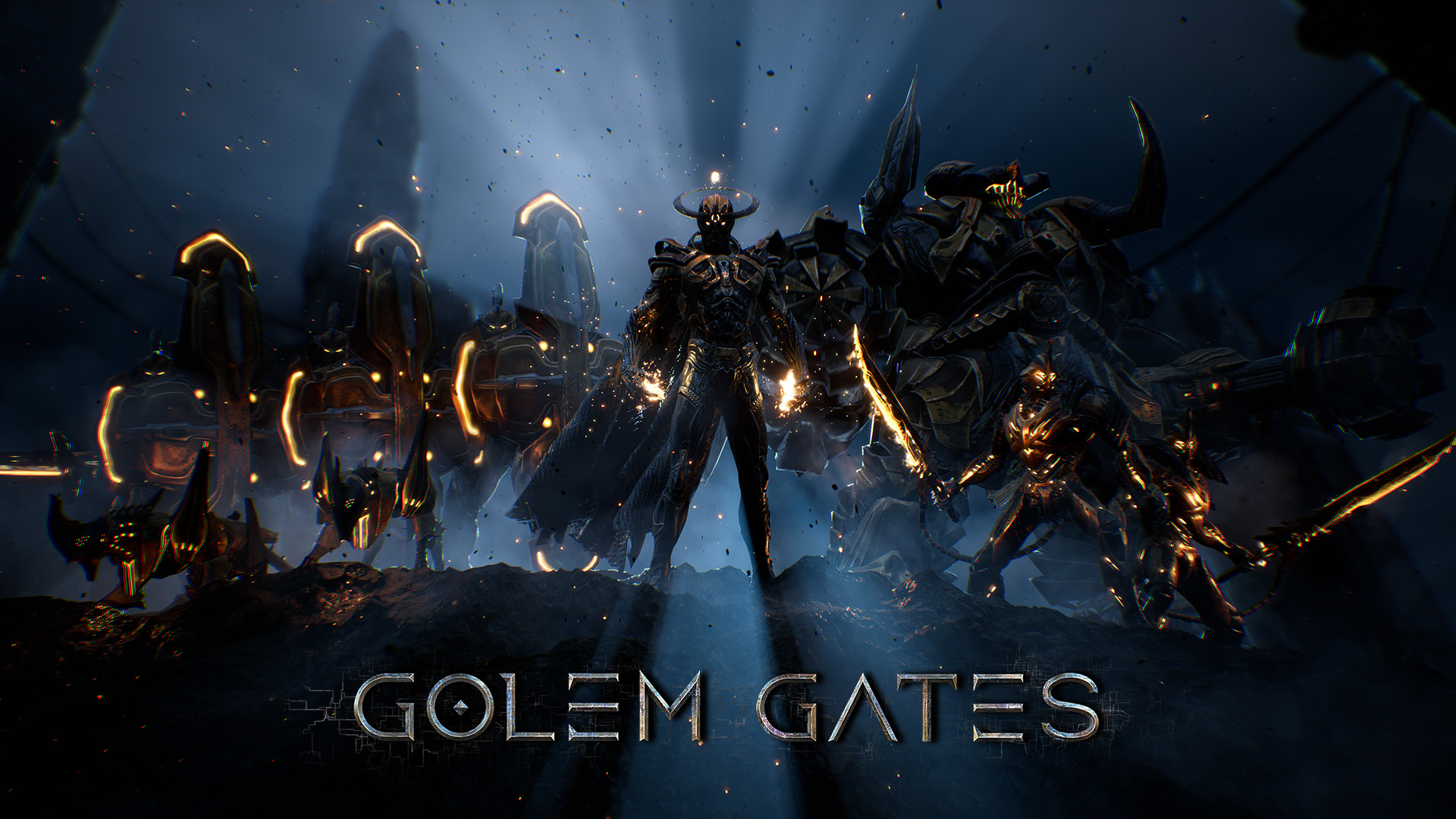 In Golem Gates, players collect cards (called Glyphs) and strategically weave them into a deck to prepare for battle. Battles are fast-paced and highly tactical with streamlined resource management to keep the focus on the unrelenting action. Through Steam Early Access players can currently take their glyph decks online in various competitive and cooperative multiplayer modes. At launch the game will also include a complete single-player story campaign. Golem Gatesdelivers both intense combat and strategy, blending multiple genres for a truly unique experience.

“With Golem Gates, we set out to create a high-concept game that evolves the collectible card game genre by merging its most appealing elements with those of fast-paced real-time strategy games,” said Matt Oelfke, Founder and Lead Developer at Laser Guided Games. “By combining calculated deck building and furious real-time combat, Golem Gates adds multiple layers of depth, while remaining accessible to newcomers and long-standing fans of both genres.” 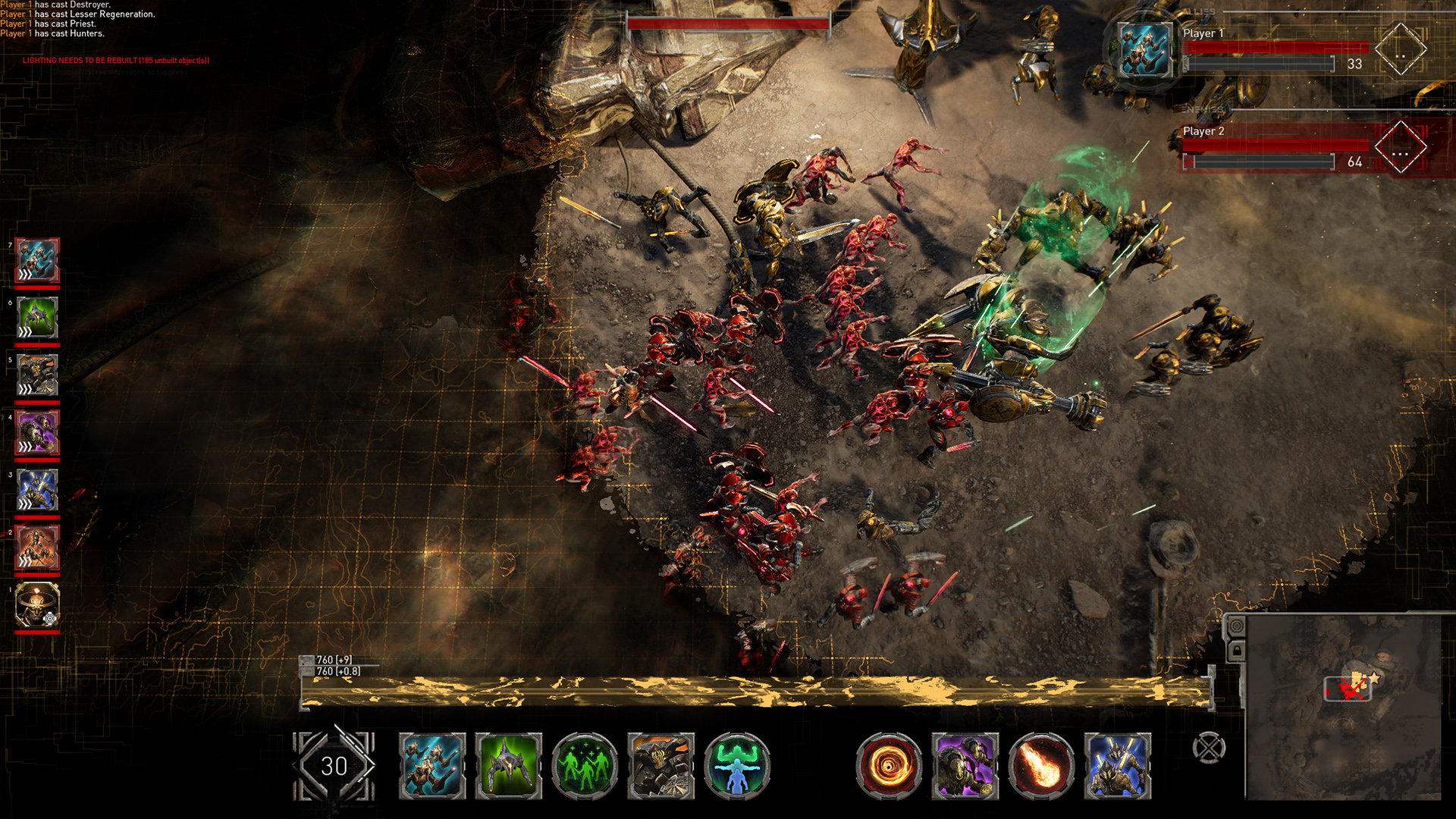 “The world of Golem Gates is a dark and mysterious one, scarred by wars and corrupted by ancient technology,” said Josh Nizzi, Head of Hollow Earth Inc. “Golem Gates‘ original premise and mashup of strategy genres make it a standout experience that we can’t wait to continue to build upon with the fan feedback.”

Golem Gates is set in a desolate land ravaged by ancient wars where you play as the Harbinger, an outcast with the ability to manipulate and command nanites from The Ash — a leftover power manifesting itself in your barren world’s atmosphere. Ancient warrior machines spawn from Golem Gates while an unseen force compels you to take up arms. Wielding the power hidden within The Ash, you’ll battle the golems and unravel the mysteries surrounding their long-lost creators. 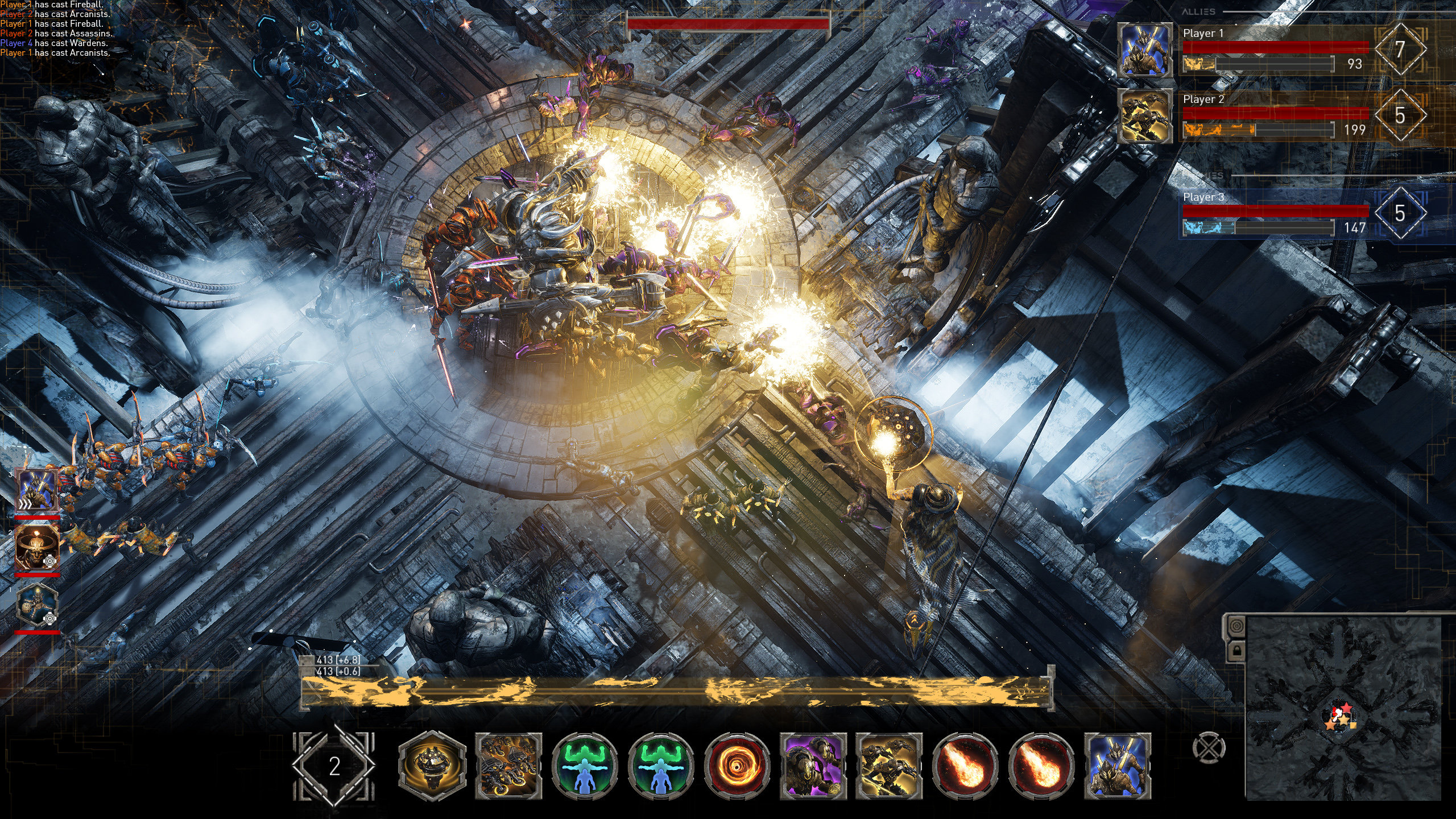 Golem Gates is a collaborative project developed by Laser Guided Games and Hollow Earth Inc. Laser Guided Games is made up of veterans from Epic Games who have worked on blockbuster game franchises such as Gears of War and Unreal Tournament. The Hollow Earth team specializes in art design and story development with past experience working on blockbuster Marvel films Spider-Man: Homecoming and Iron Man, as well as the upcoming Avengers: Infinity Warand Black Panther, in addition to the Transformers movie franchise.

Golem Gates is available for purchase now via Steam Early Access for an early adopter price of $19.99 at http://store.steampowered.com/app/575970/Golem_Gates. The complete game emerges from Early Access on March 28, 2018.

ZOPO Mobile To Shake The Indian Smartphone Market With The Flash...

If you’re happy, and you know it, clap a hand…

BIOSTAR Shows off AM4 X570 Motherboard, CPU on Board Solutions, IPC...