Bitbox today released an all-new trailer for their large-scale group-focused game, Life is Feudal: MMO, now available on Steam. This new “Infographic Trailer” showcases player accomplishments and in-game stats from over the course of gameplay, starting when the OBT began in late 2017. Gaze upon the new trailer and learn more about how players are making the most of their feudal experiences – from the amount of characters currently in the game, to the number of trees grown (and felled, since lumber is needed for those amazing monuments), to the number of items crafted by players, the trailer gives viewers a snapshot of the flourishing world that is Life is Feudal: MMO. 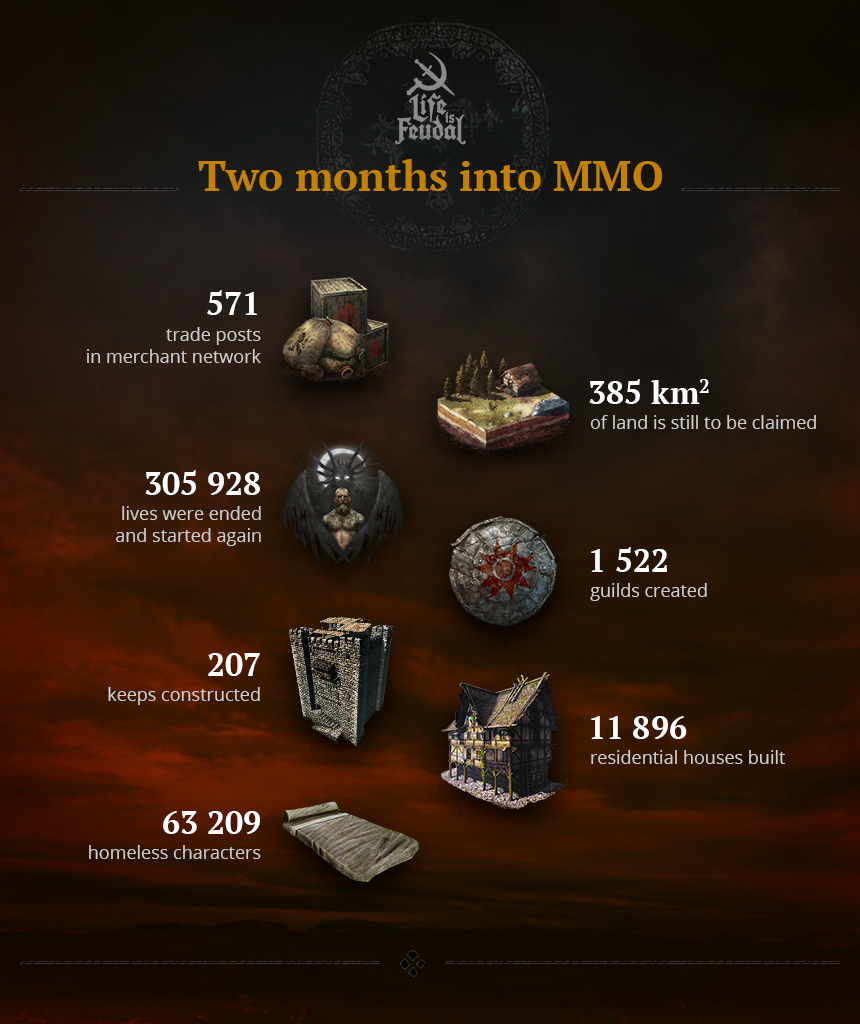 Life is Feudal: MMO is a large-scale group-focused RPG, that places players in a highly realistic, non-fantasy, medieval world where danger lurks around every corner. Players need to work as a team to gather resources, build shelter, craft tools and form a fully functioning feudal society in an unforgiving archaic world. Players may find a place in society as a vassal, a knight, a farmer or even royalty, as their guild builds and expands their medieval societies.

While players may start their adventures alone, as they gather and craft supplies needed to make it to the next day, they will quickly meet up with others to form groups, then guilds, and finally work their way up to complete medieval societies and nation-states. Life is Feudal: MMO is a realistic social experience, where the best way to thrive in the world is to work together and build a fully functioning society, where everyone has a place, from the most basic hunters and gatherers, to farmers, soldiers and civic leaders. There’s a place for everyone in Life is Feudal: MMO, and a world ready for them to explore!

Unexplored 2 coming to console first on Xbox One and Xbox...

Learn How to Harness the Power of the Fire in the...