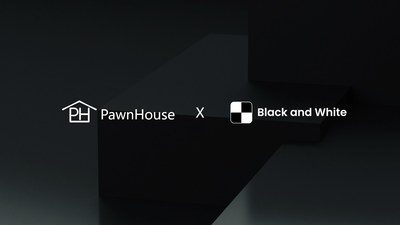 This Monday, it was announced that investors led by NFT-pricing platform PawnHouse strategically invested in the Metaverse-creator game, Black and White.

Black and White is a user-created and evolving NFT that adheres to the principles of minimalism-stemming from the two fundamental elements of Black (SEED) and White (LAND) and relying on time and rule forces to evolve all things in the Metaverse.

Each participant will become the “creator” of life in this world. The user initially sets the SEED DNA but is not subject to change, part of the amazing rules of the Blockchain Metaverse. Whether SEED can prosper or not depends on the user’s design; that is, the user completes the “Genesis” of his Metaverse.

The CEO of PawnHouse said that he is very optimistic about the minimalist philosophy contained in the Black and White project, and its life and cell “evolution” are promoted and played by “relationships.” “NFTs should be unique, alive, and interrelated. In B&W’s philosophy, the underlying design promoting evolution and symbiosis with users as the core is consistent with PawnHouse’s NFT Oracle to stimulate price consensus. I hope PawnHouse and B&W work together to bring more NFT assets and more real NFT value to the Blockchain world and interpret the true power of creation together.”

Black & White did not disclose its valuation. However, in an interview, the project team said: “We are delighted to have the support and cooperation of PawnHouse. Both parties will bring a richer NFT world to users from consensus pricing and genesis growth. Black and White uses ‘Pixels’ as the unit, and users define the growth and reproduction rules. The basic asset ‘LANDS and SEEDS’ will be pre-sold this month, during which the project will provide PH token holders with exclusive rights. In the future, our B&W world will gradually expand to rich Metaverse worlds such as cities, 3D, and Symphony, bringing rewards and benefits to all creators who push the universe. The Metaverse belongs to all human beings, not any specific individual or company. With a small universe and a minimal economic system for everyone, value and ownership belong to the creator.”

PawnHouse, the decentralized NFT oracle project invested by top capital firms such as Huobi and ANT, is committed to realizing accurate pricing and circulation of non-quantifiable NFT assets through sufficient, effective, and sustainable information. The project combined and applied both the SMRA theory (2020 Nobel Economic Prize) and The Wisdom of Crowds theory to effectively solve the issue of decentralized NFT asset-pricing and improve the liquidity of NFTs.

AWARD-WINNING VOYEUR SIM DO NOT FEED THE MONKEYS OUT NOW ON...