With a successful Project Warlock II Kickstarter campaign at an end, Buckshot Software is thrilled to say their project has been funded by 14,761%. With this major milestone now met, backers can now look forward to playing a new demo at the upcoming Steam Next Fest Oct 1-7, where fans can try new features like upgradeable weapons, a combo score counter and customizable visual settings for the first time.

“We were thrilled by how fans reacted to our demo. Comments like ‘what a ride!’ and ‘this is a must-play for me’ are very encouraging and we can’t wait to see what they say about the next release,” said Kuba Cisło of Buckshot Software.
Thanks to being funded by 14,761%, several stretch goals have been met including extra narrative illustrations, alternative weapon skins, and enemy boss voices. Other stretch goals include:

A release date for Project Warlock II in Early Access/Games in Development on Steam and GOG will be shared closer to launch. In the meantime, shooter fans interested in the project can put their boomstick skills to the test in a recently released demo that gives access to the first level of Project Warlock II. 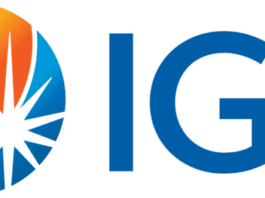