The story that began in the thrilling horror game Kholat continues in the Kholat: Aftermath Part 1 comic book

What was really happening in Section 22? What happened to Vitaliy Grazeniuk? And most importantly, who is Anton? All the questions stemming from the original game are continued in the 40 page, compelling comic book Kholat: Aftermath Part 1, now available on Steam.

The first comic book – Kholat: Aftermath Part 1 – can be downloaded on Steam (http://store.steampowered.com/app/768730/Kholat_Aftermath_Part_1__Comic_Book/) for just €2.99, $2.99, £2.49, 9.99 PLN. Aftermath combines four different stories to complement and expand the plot of the game. The first part shows us a glimpse of what Section 22 looked like, where all the mysterious experiments took place and what happened to the protagonist Vitaliy Grazeniuk after we reached the end of the game. 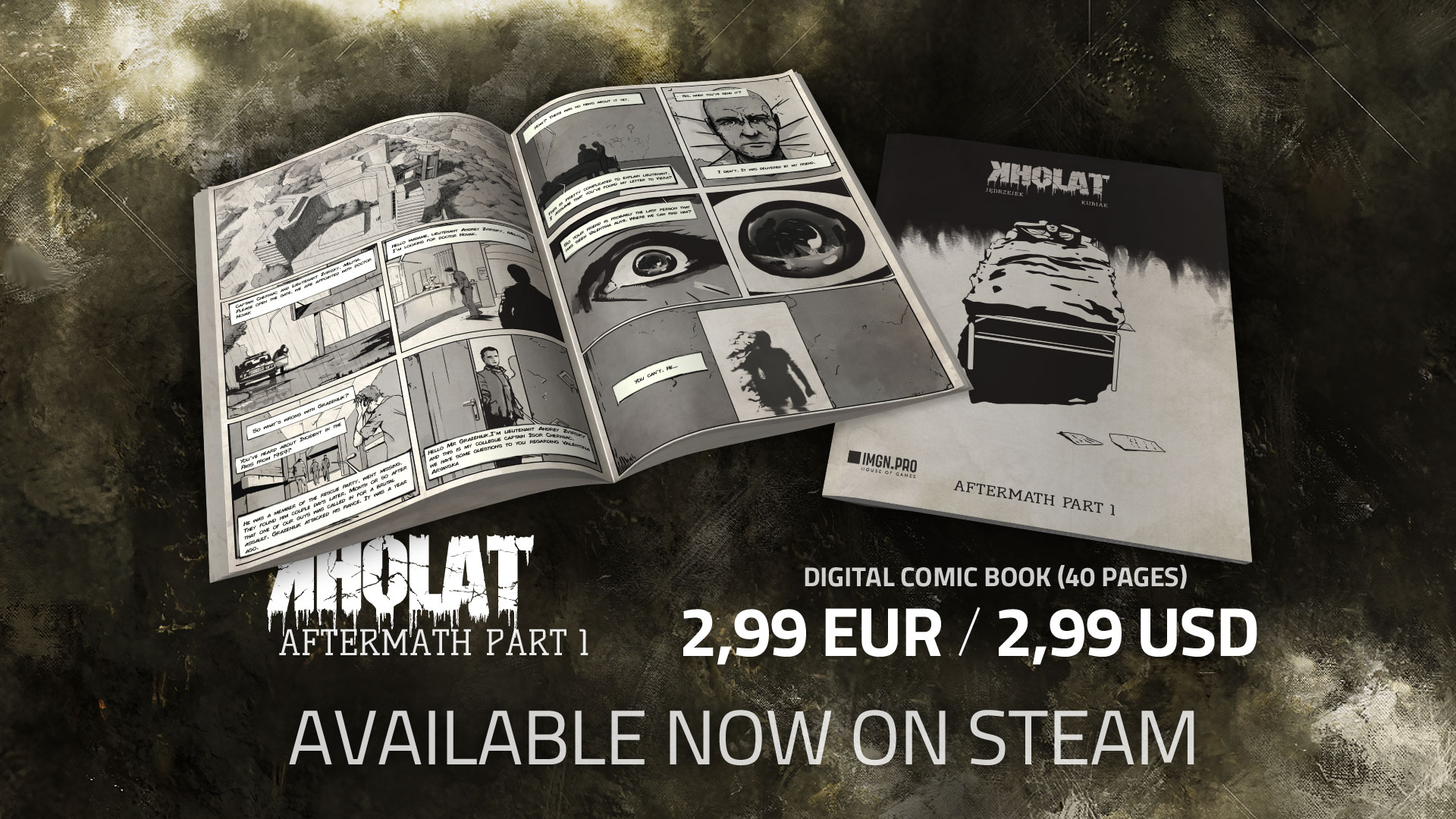 “In Kholat we mentioned many interesting places, outlined some intriguing characters and referred to a lot of unexplained events. Yet the game was focused on a certain story, resulting in a lot of gamers asking us about how to interpret some of the plot twists, or how we might elaborate on them further. So eventually we decided to answer at least some of these questions. That’s why gamers will be able to return to many of the places and characters introduced at the beginning of the game in this new comic book. At the same time we’ll introduce them to new characters in the Kholat universe. For example, the two militia guys working on Vitaliy Grazeniuk’s case. From their point of view everything that happened is a hoax and an attempt to cover up the truth. This means that what they’re after is some sort of a rational explanation of the whole story” – Łukasz Kubiak, co-founder of IMGN.PRO. 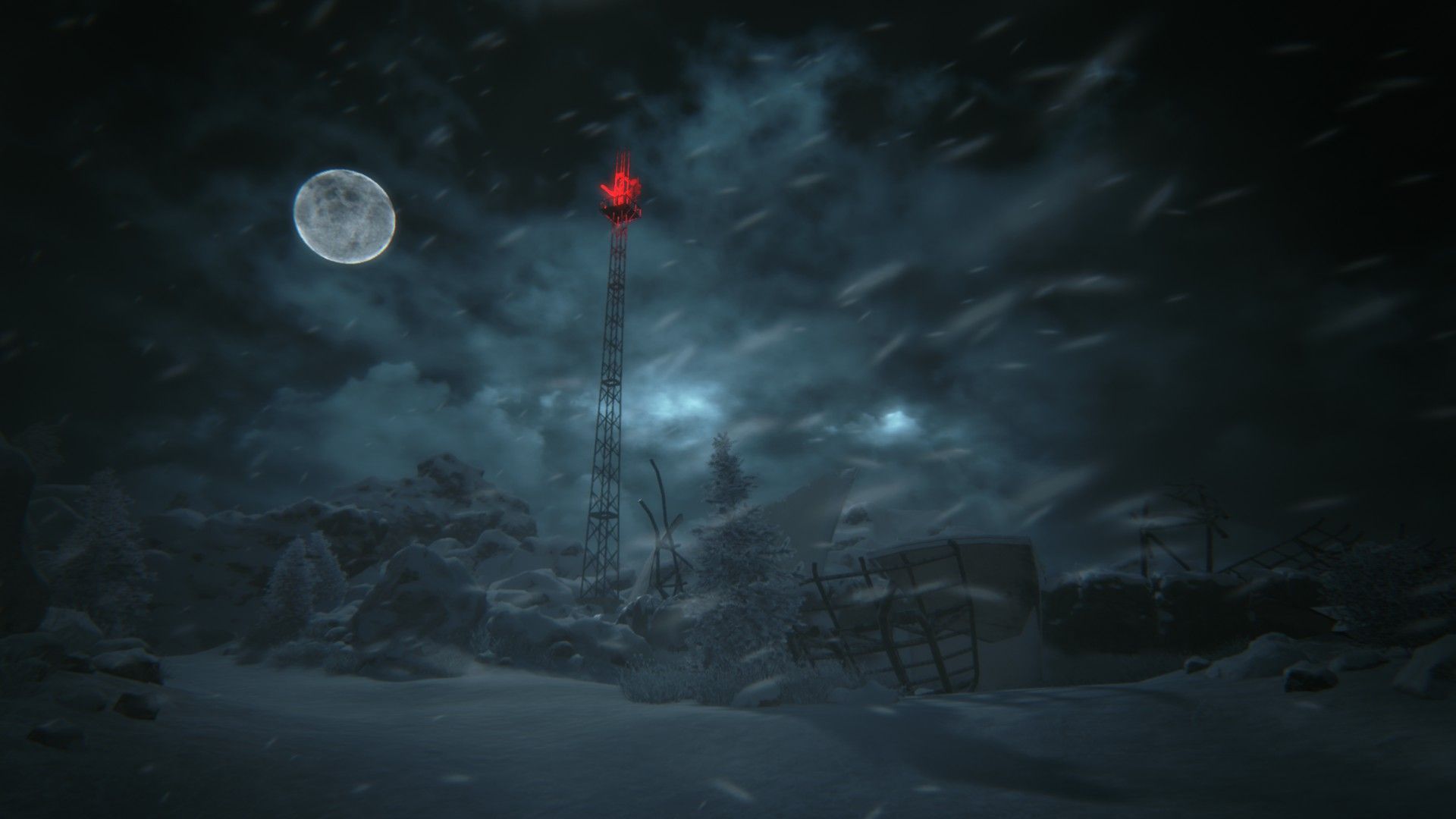 Kholat: Aftermath Part 1 is a compilation of four seemingly unrelated stories: a mysterious interrogation referring to one of the hidden notes in the game, Grazeniuk’s letter to his fiancée, a call for help from a Section 22 prisoner and an investigation being overseen by two Moscow militiamen. What will happen next to the people of Kholat? Is all that happened nothing but the product of Grazeniuk’s sick imagination? Or is somebody trying to hide the fact that the unexplained experiments that took place in Section 22 got out of control? Will Anton’s identity finally be revealed? Answers to all those questions await in Kholat: Aftermath Part 1!

ABOUT KHOLAT
Kholat is a FPP storytelling / experience game with horror elements developed by independent studio and publishing house IMGN.PRO. The story is inspired by the true events of the “Dyatlov Pass incident”, which took the lives of 9 Russian students during an expedition in the northern Ural Mountains. The team never reached its goal, with the entire group dying in peculiar circumstances, which are yet to be explained. The mystery has given rise to many theories and much speculation. In Kholat gamers follow their own path, slowly sinking deeper into the hostile environment. There is only one objective – to find out what happened. Everything is tied together with fantastic narration by Sean Bean.

INDINEWS Named as The Title Sponsor of FC Goa in The...