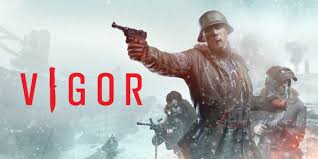 The Outlanders’ battle to survive reaches all current gen consoles and sets sights on the next-generation of gaming.

Bohemia Interactive is proud to announce that popular looter shooter Vigor is coming to PlayStation platforms during Holiday 2020. Bohemia also revealed the date that Vigor moves to free-to-play for the recently released Nintendo Switch version.

Vigor for PlayStation 4 will release on November 25th, 2020, and during Holiday 2020 for PlayStation 5. The F2P version of Vigor for Nintendo Switch will be released on September 23rd. Bohemia Interactive announced both releases to a massive audience during the Gamescom Studio show powered by IGN on Saturday, August 29th.

Bohemia Interactive received an infinite number of requests from the gaming community for a PlayStation version of the shoot-n-loot game Vigor. They’re stepping up to the plate by not only delivering the game to eager PS4 players, but giving early PS5 adopters a chance to step into post-war Norway. PlayStation players can expect more information about Vigor‘s launch on both platforms in the upcoming weeks and months.

Before all that, however, players of the hybrid console Nintendo Switch are in for their own treat. Players will be able to take the free-to-play version of Vigor away from their home entertainment systems on September 23rd. The Founder’s Pack has been very successful for the Bohemia Interactive team and players who still want to grab the goodies from the Founder’s Pack are still able to do so up until the launch of F2P.

In a world devastated by the fallout of the last great war, Norway has become the last great bastion of humanity now known as Outlanders. You must survive as one of the only living remnants of a world in tatters — Fight, loot, maintain your shelter, and play smart to survive your new hostile landscape.

Vigor is an online, third-person, multiplayer, shoot-and-loot game exclusive for Xbox One with unpredictable challenges to overcome as you compete with fellow Outlanders for precious resources. Take on (or work with) other player, loot for resources, battle for airdrops, and escape to the safety of your Shelter, where you’ll build improvements and level up before stepping back into the battlefield.

New Naruto Game with Intense 4 vs 4 Multiplayer Gameplay and...