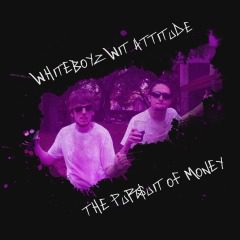 The greatest rappers alive are back! Whiteboyz Wit Attitude have dropped a new Interactive Music Video for their song “Moneyz in the Bank (For Real)” on PlayStation 4! If you aren’t in the loop, WWA recently dropped their new album “The Pursuit of Money” on PlayStation 4, alongside a game of interactive music videos. The game was universally acclaimed by fans, becoming the #1 new PS4 release on Metacritic based on user scores, and the #10 top rated PS4 game of all time! While the base game is free, WWA is cashing in with a $1.49 price tag for “Moneyz in the Bank (For Real)”.

“Moneyz in the Bank (For Real)” features cutting edge graphics that push the PS4 graphics card to the limit, alongside boundary breaking gameplay that will make you rethink what games are really capable of. You must dance in a club using the PS4 motion controls to collect as much money as possible! Just like in real life, the only thing that matters is getting that dough… if you care about anything else you will lose! This game keeps it real in ways other games can only dream of. Pick it up today and see why many are calling this experience “the most fun I’ve had in years.”

Gameplay for “Moneyz in the Bank (For Real)”

Unexplored 2 coming to console first on Xbox One and Xbox...