Save up to 50% on 14 KEMCO RPGs on the eShop, featuring the latest Asdivine Saga!

KEMCO proudly announces a special sale for 14 titles for Nintendo Switch™, and Nintendo 3DS family of systems on the North American, European and Australian Nintendo eShop. The games are made available up to 50% off for a limited time.

In a world facing a sudden war, a mercenary by the name of Vyse finds himself seeking to uncover the evil machinations operating behind the scenes. Joined by a pair of royal princesses and shinobi, does success lie in the cards for this unlikely band of adventurers when danger seems to lurk at every turn…?! 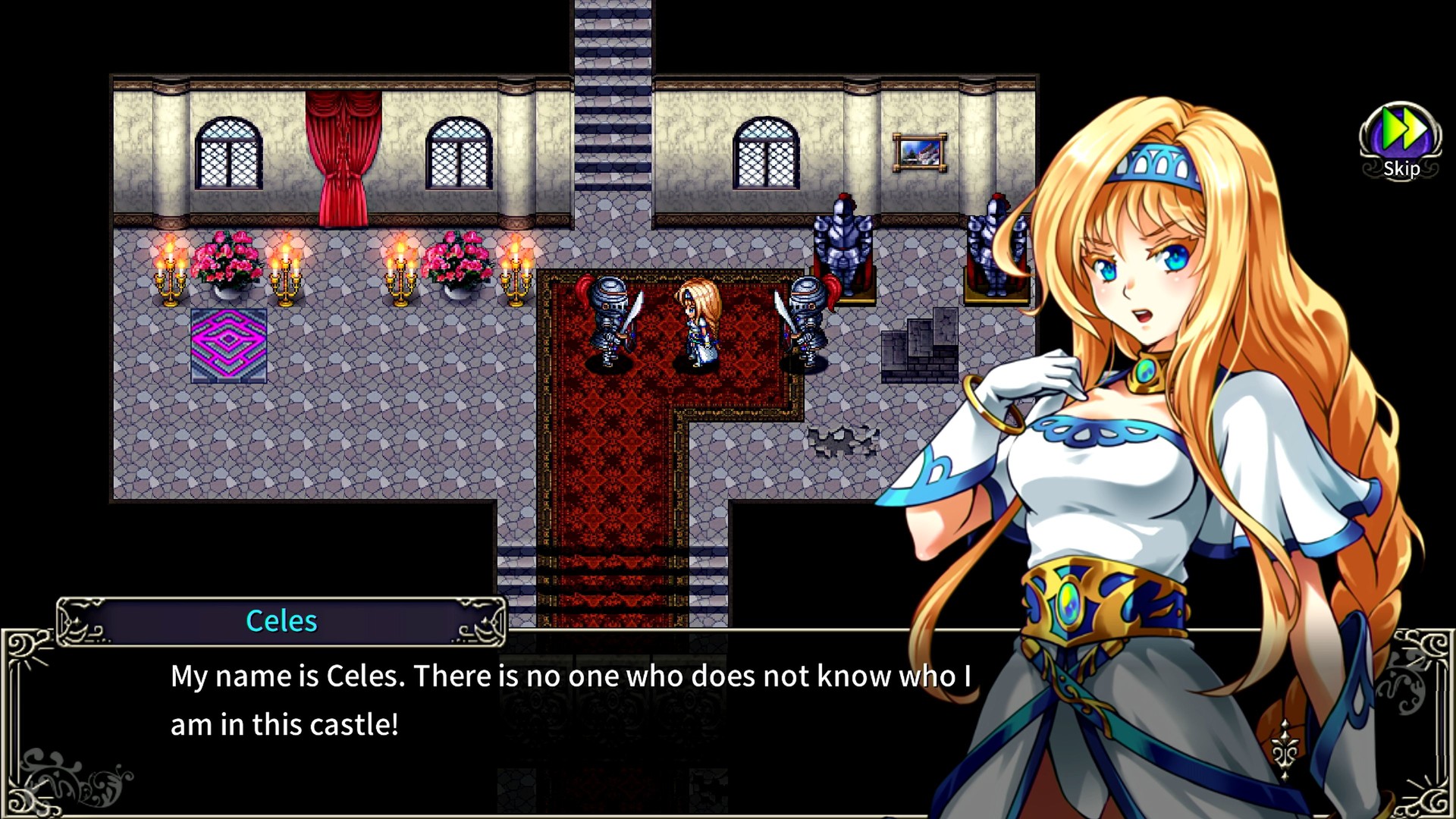 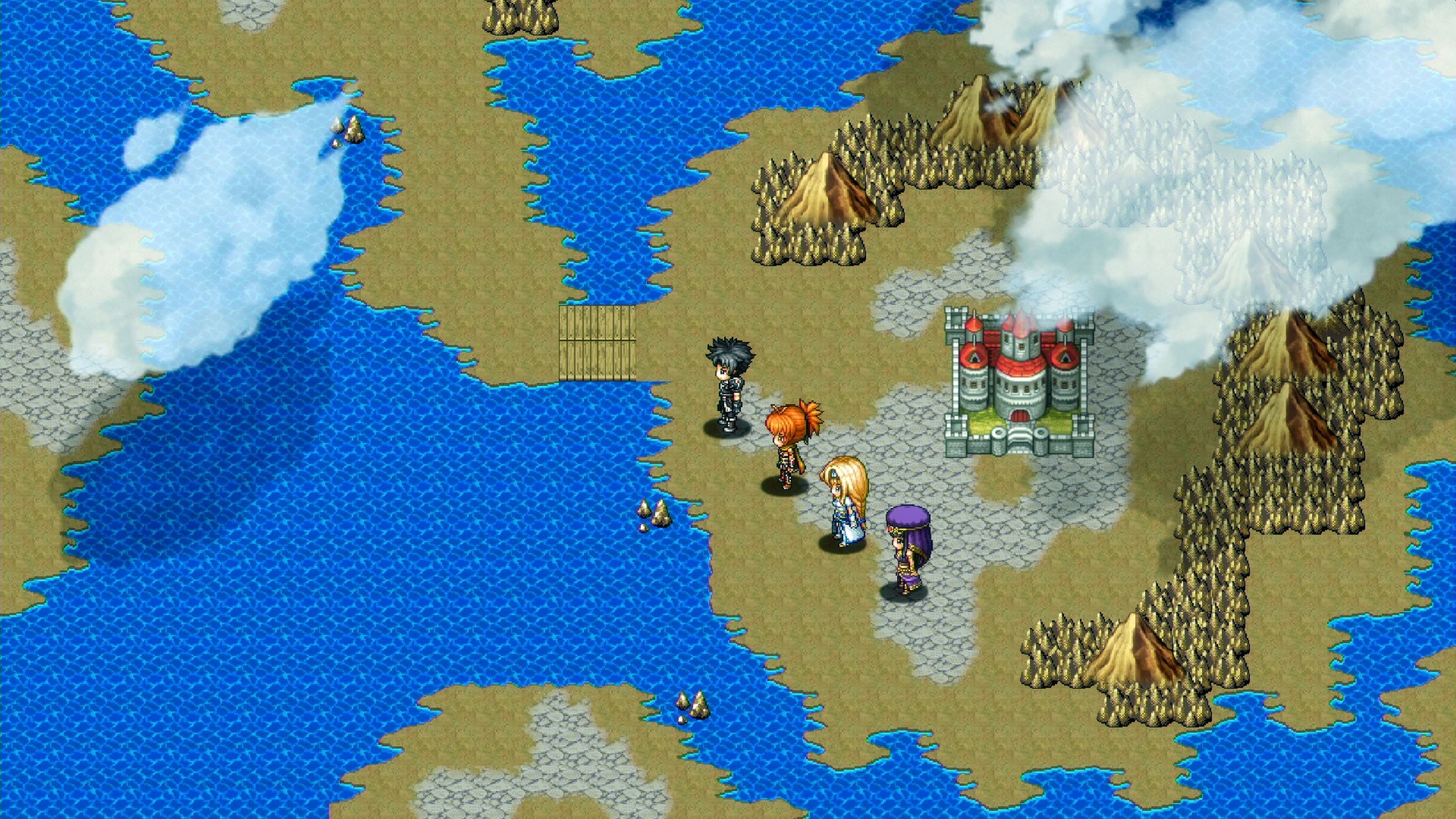 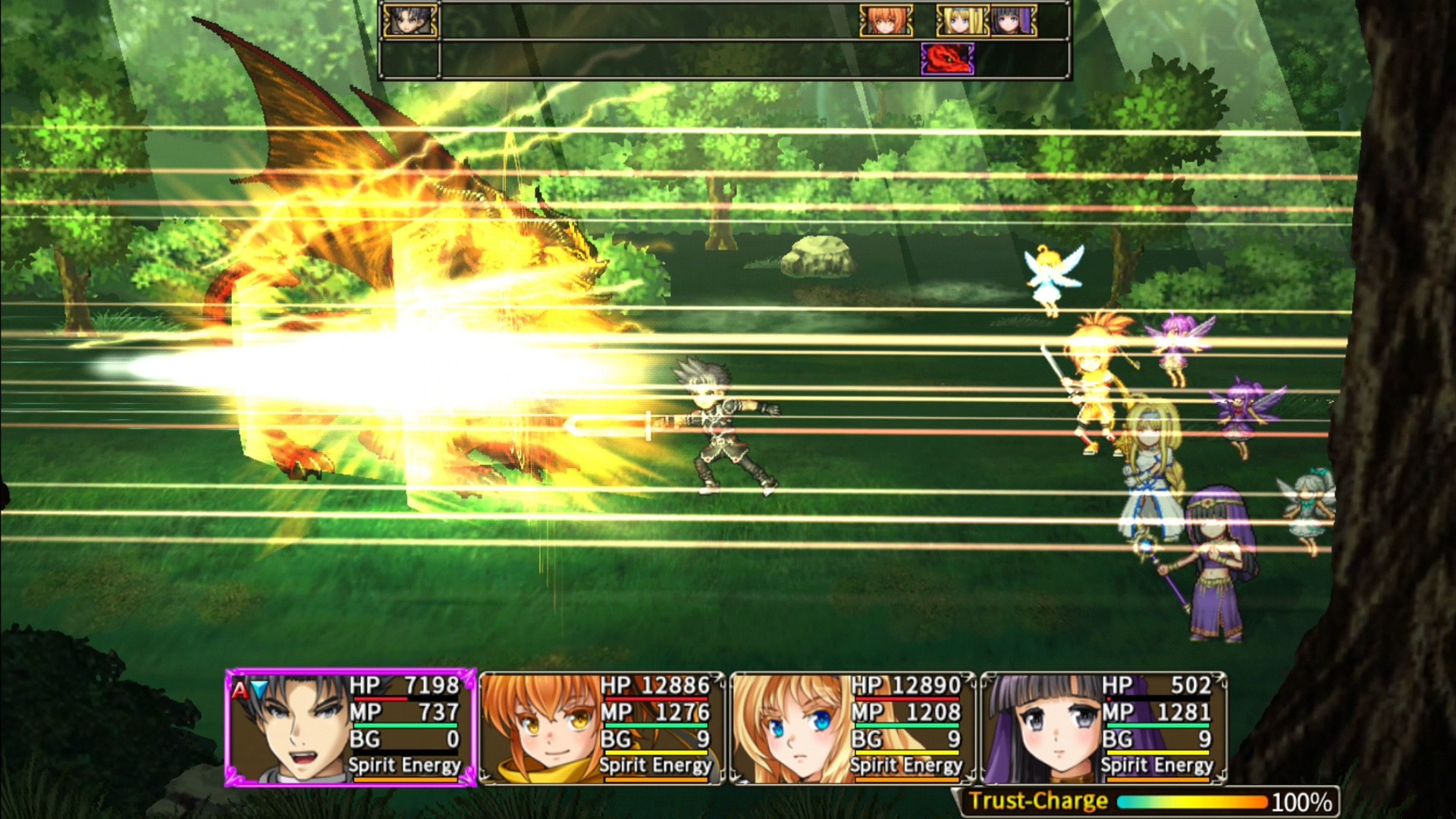 In a world with four kingdoms, each colored by a season, where roles are granted by the Quadeities, strange happenings suddenly threaten the peace there. A quest begins to find each one’s calling in this intrigued fate and journey through the kingdoms to get to the bottom of the mystery! 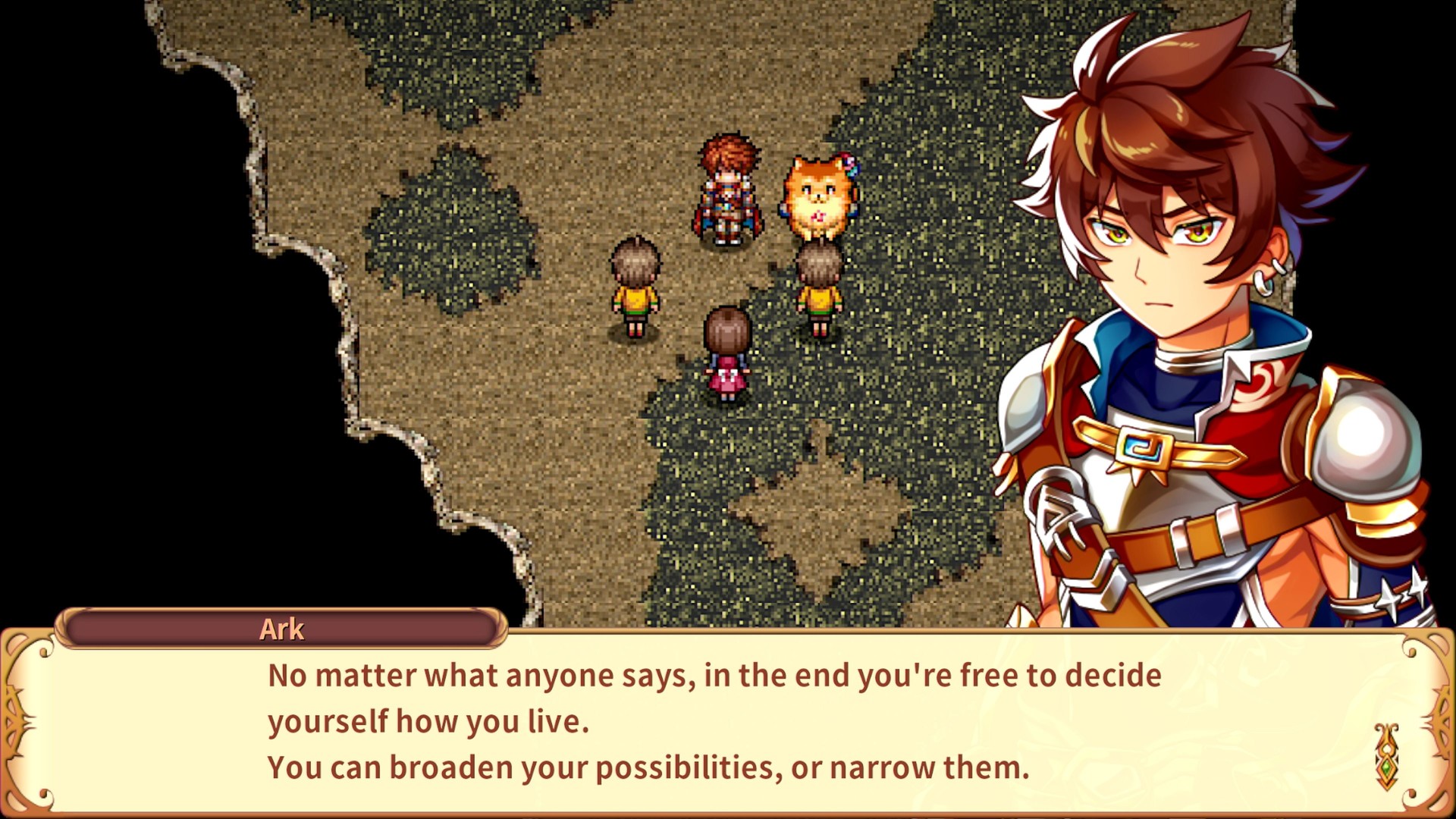 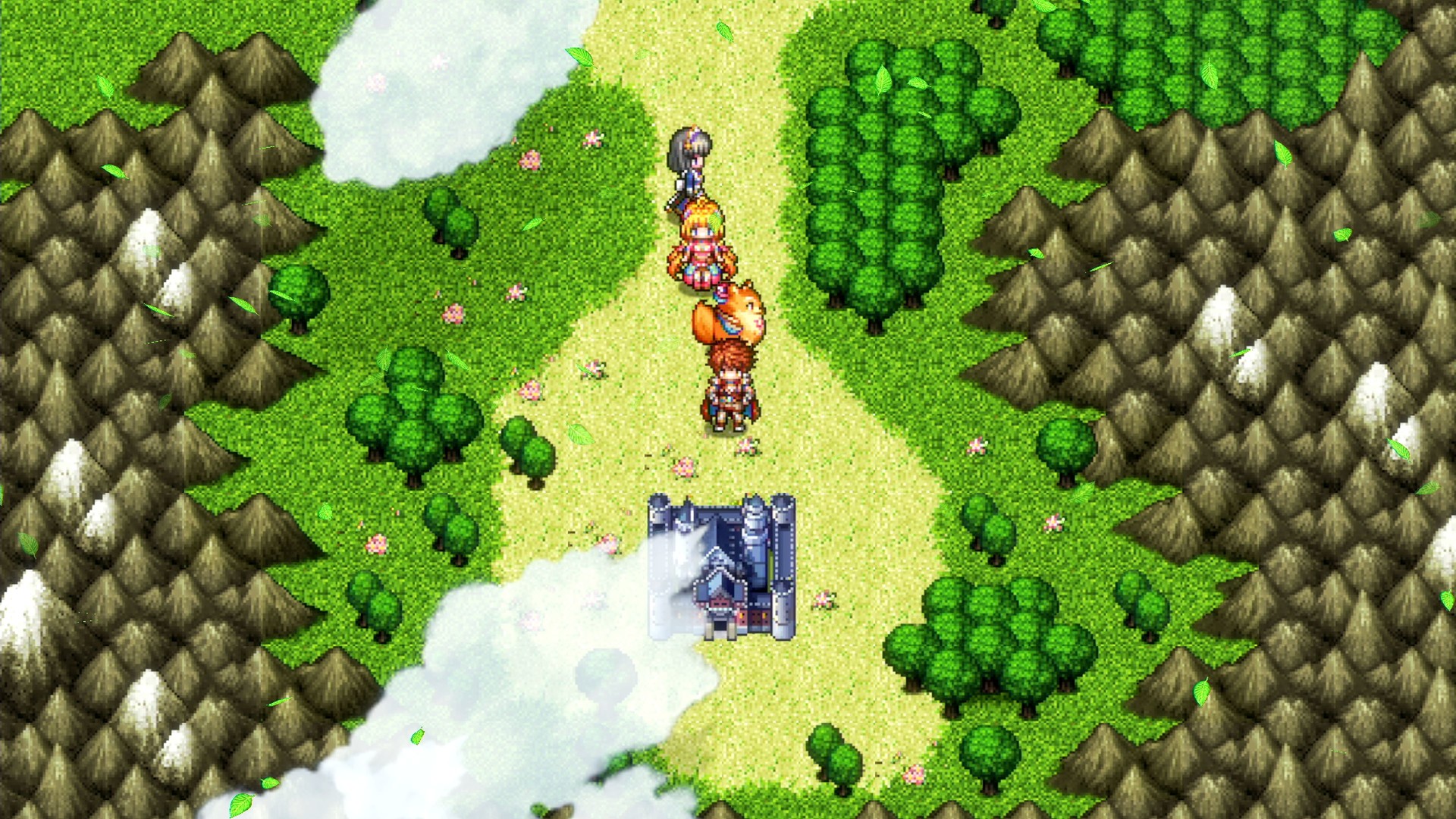 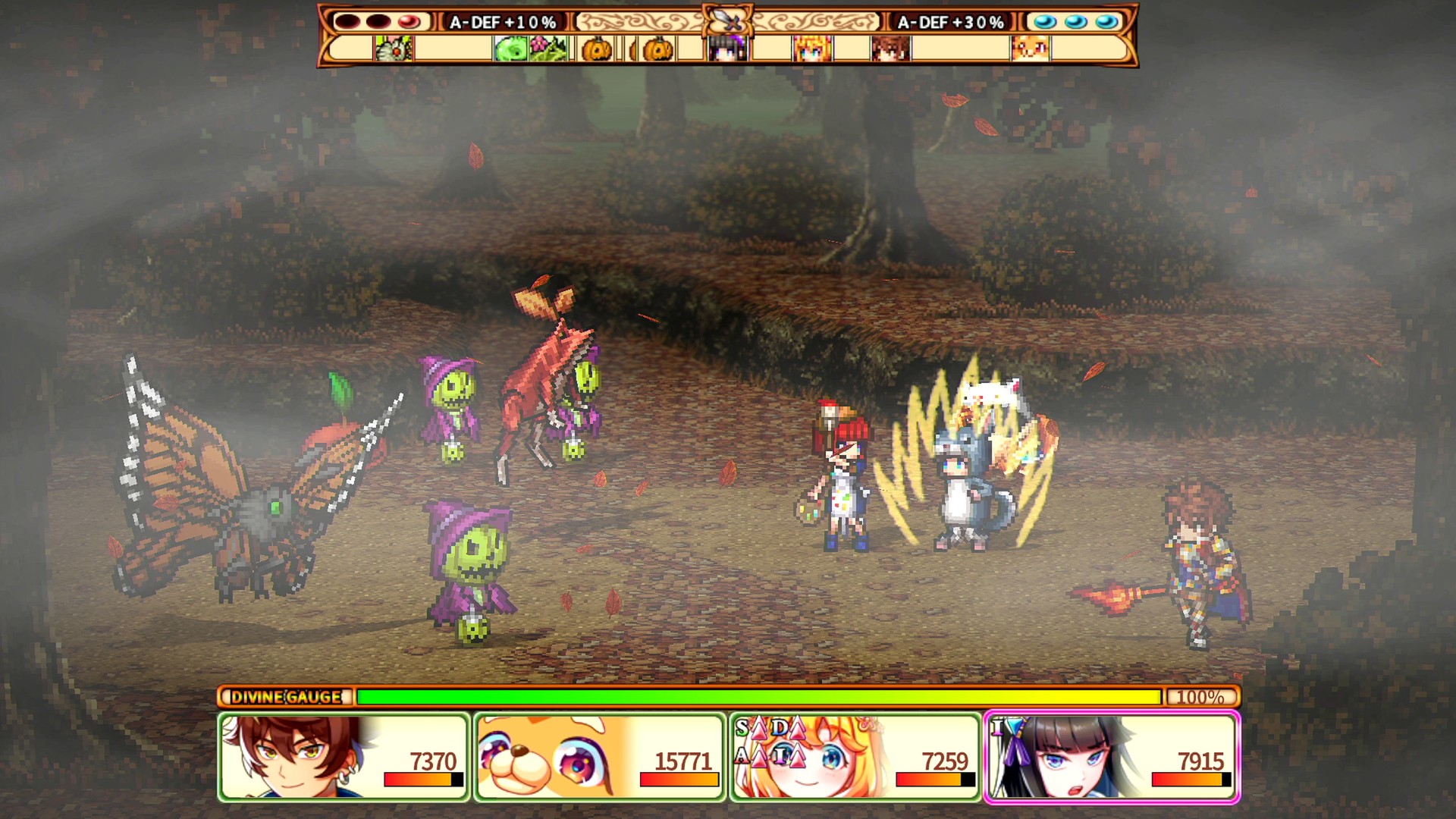 Ross is a mercenary who since the end of the war has been barely scraping by with day-to-day jobs. He takes on a request from Margaret, a young lady aiming to find a crystal lode and strike it rich, and sets off on a journey in search of the Crystal Ortha, a legendary mother lode that might not even exist…

Yodanji is a coffee-break roguelike themed after Japanese folklore tales. Get the ability to summon and trap yokai – numerous spirits that have been living hidden among us (until now). Admire them and give them witty nicknames and then put them through the brutal ever-changing dungeon to try and summon even more yōkai! Spooky cute graphics and powders made from various body parts included.

Bine, a young man who lives in a small rural village, spends his days peacefully, doing jobs and dealing with demons for the villagers. One day, he is asked by Lunaria, a girl who lives near the village, to go with her to the royal capital.
After a journey full of surprises, the two of them arrive at the capital. They are thrilled to be in the city for the first time, but they are greeted by one of the castle soldiers who are supposed to protect the citizens.
With more and more disappearances occurring, the rulers’ expectations are mixed.
And there is a forgotten existence, too…

After encountering the man who killed their parents ten years prior, Elmia, a priestess; and Alan, her brother and protector, set out to avenge their deaths as they fight to stem the tide of monsters flooding into the upper world, and restore peace to Alvastia.
However, in their quest to amass an army of diverse companions with the same goal, will they really be able to gain the strength necessary to bring their parents’ killer to justice, and save the world…?

Too many games in the dusty shelf waiting to be played? No problem, this pocket-sized RPG provides you an adequate experience! Here you go an adventure packed with emotion and accomplishment!
A hero will appear in a time where the foretold end of the world is approaching. It’s Archlion King, yourself! Set out for a journey toward the far east for the final battle!

Go up the ancient clock tower to make the frozen time move! Next chapter in the Pocket-sized RPG series! One day, the time has stopped across the world. Invited by a girl seeking help in the dream, you will be heading for the Curren Town. Solve the mysteries of the clock tower which marked the first passage of time in history, and retrieve the time! 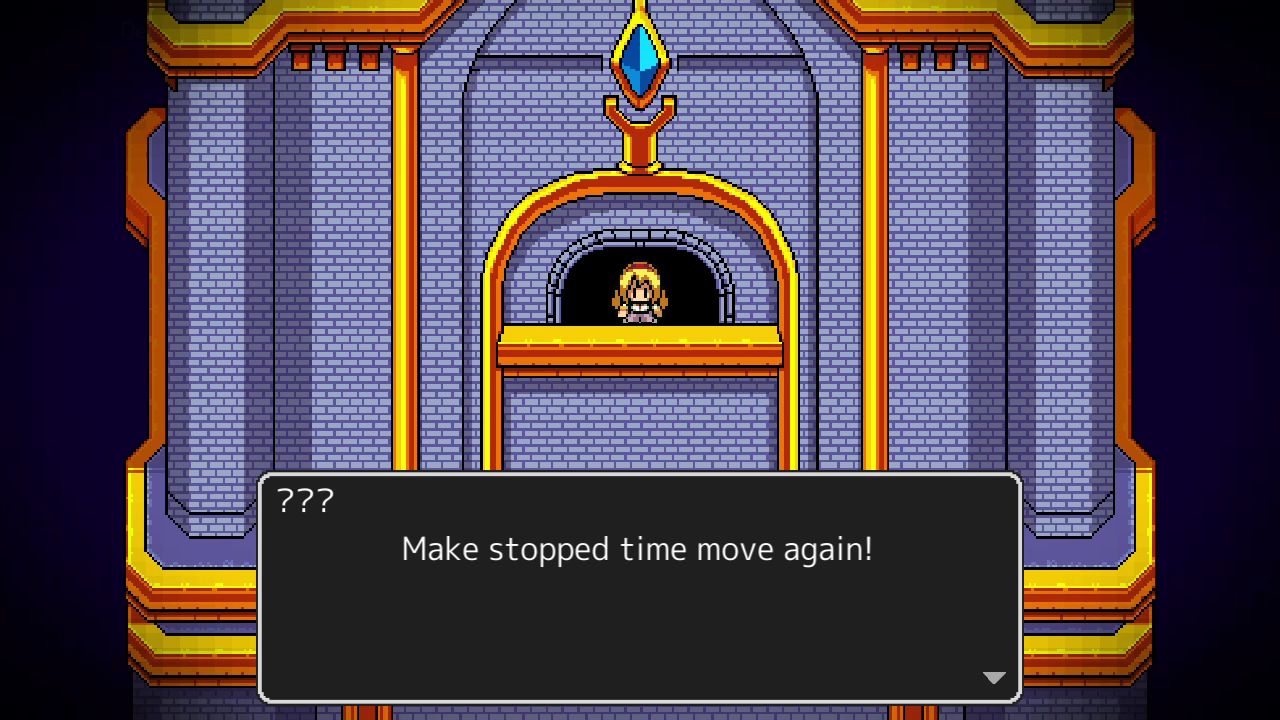 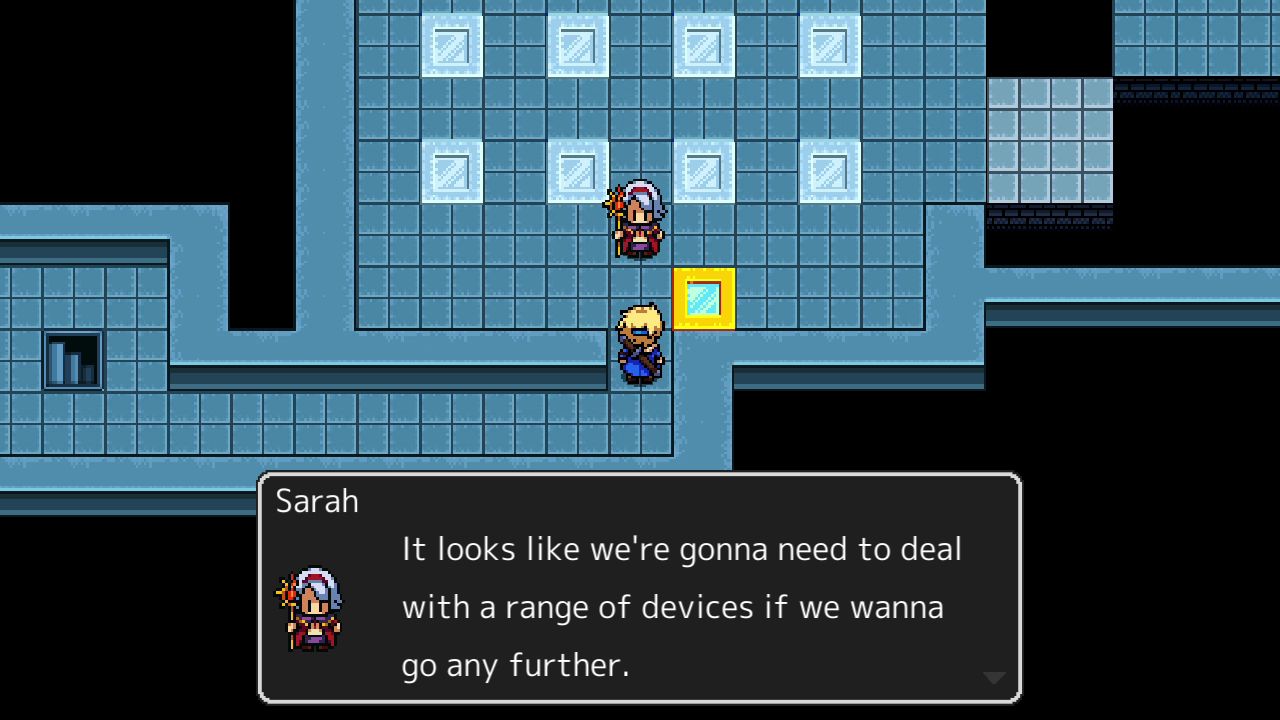 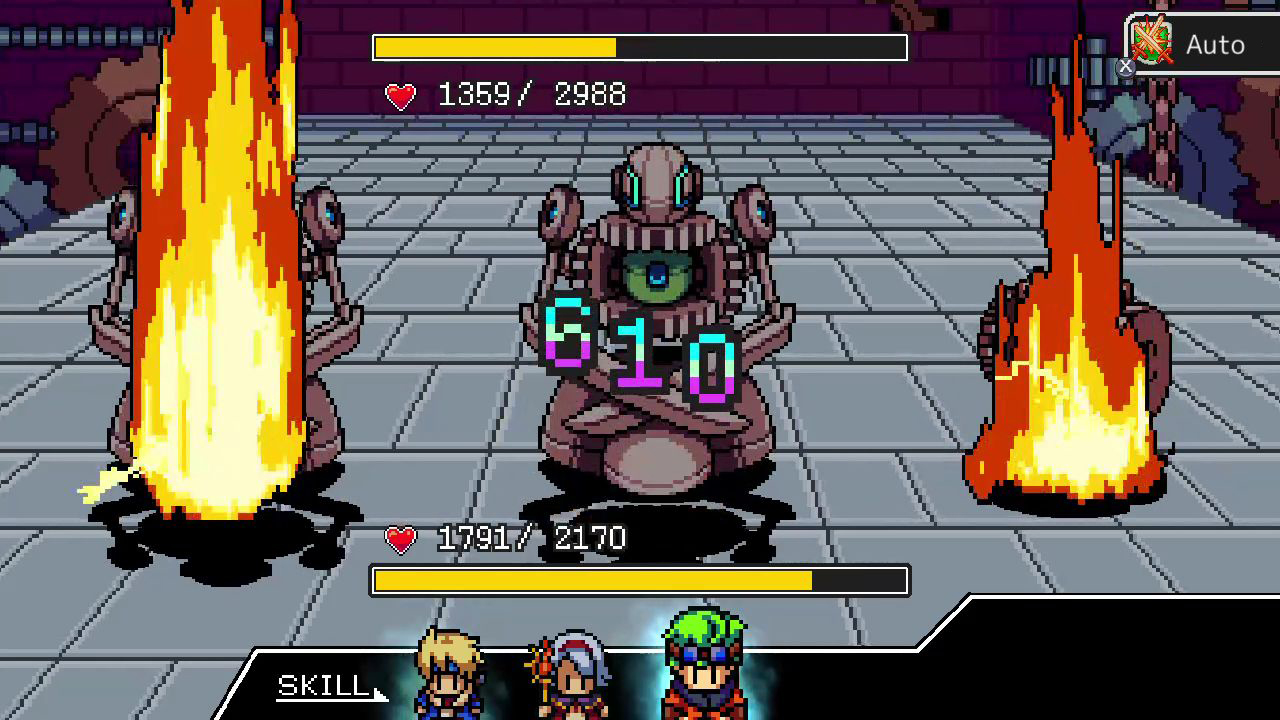 Kunah, a boy from the fire dragon tribe is one day summoned by the god that reigns over the world above, Vanneth, and is told to bring Escude, a lost girl from the angel clan back to Vanneth. With his childhood friend, Riel, the daughter of the ice dragon chief, he follows after the missing girl and sets out for the vast world below the clouds only to find mysterious and fun adventures. 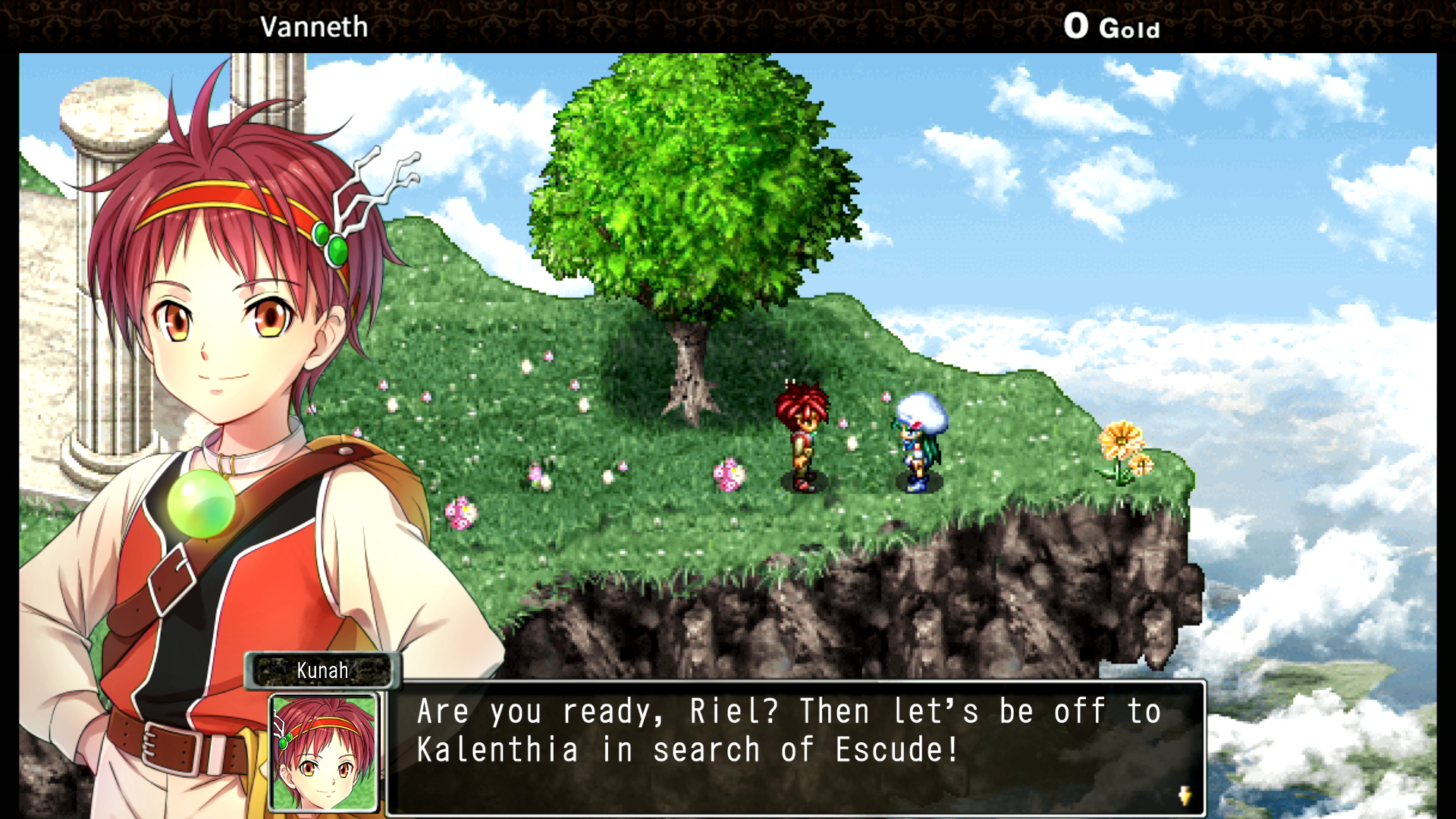 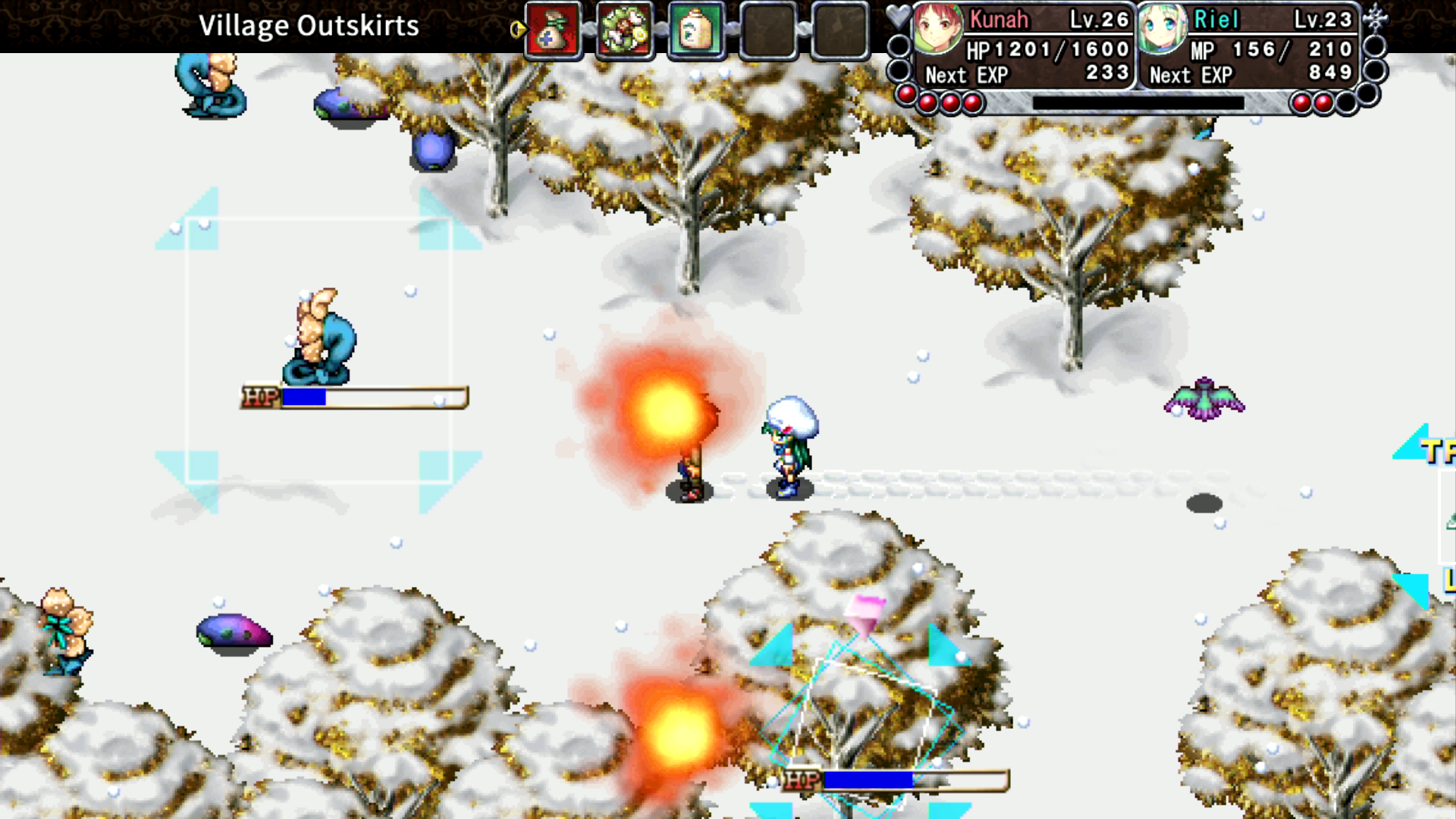 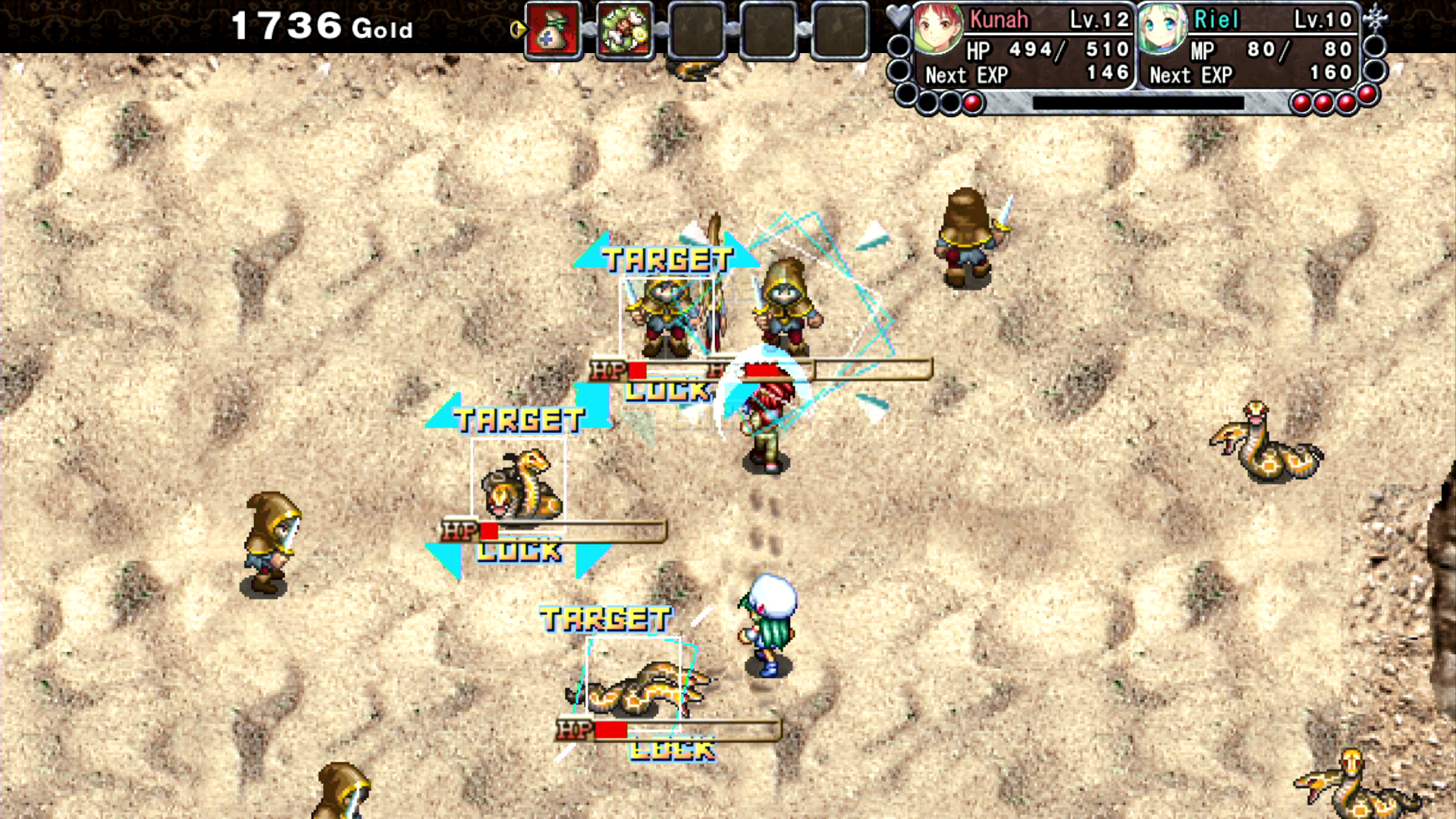 Lagoon- a world governed by the two great kingdoms of Archleign and Ghalzabine. Rejoicing in a newfound era of peace, the citizens of this world had lived in harmony with one another until a murder perpetrated by a clone rocks society to its very core. Knowing the incident is one that cannot be ignored, both kingdoms set up a joint-investigative team to find out the cause and bring those responsible to justice. However, when the clues begin to look like a trail of gunpowder headed straight for an explosive keg, things then appear to be far more volatile than anyone could have first imagined…

Times are changing, and the existence of the Grimoas has become less relevant in everyday life. The young Eil is in the middle of his Coming-of-Age ceremony when suddenly his town is attacked by a demon and engulfed in flames. In the midst of this confusion, Eil enters into a pact with the Air Grimoa, Nogard, in order to save everyone…

One day on his way home from a job in the Royal City, a gifted engineer by the name of Luke comes across a young woman, Estelle, being attacked in the cave near his village. After fending off her attackers, he attempts to pull her from a heap of discarded mechanical parts only to discover she herself is half robot! Somewhat curious about what he has stumbled onto, Luke decides to take Estelle home and fix her up, but little does he know about the chain of events he is about to find himself tangled up in…!

Join forces with humans, elves, and dwarves, and set off on a journey to slay the evil dragon, Wyrmvarg!
Employing 8-bit graphics and sound that hark back to the golden age of RPGs, Dragon Sinker brings a visual and audio feast to the table of hungry gamers starving for the nostalgia of the great classics of yesteryear! 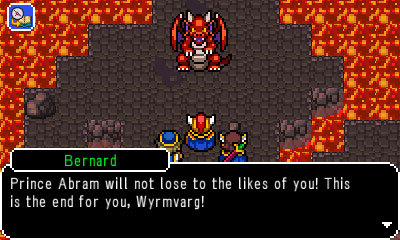 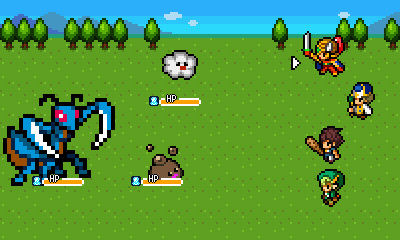 With a plot full of twists and turns, Unlucky Mage will have gamers on their toes trying to outsmart foes using formations and tactics in this unique turn-based RPG! Now get ready to sally forth with Jasper as he goes from zero to hero in this comical adventure that is sure to delight fans of fantasy RPGs everywhere!

MSB Docs Named & Recognized in the Market Guide for Electronic...