Intex Technologies, one of the leading domestic consumer electronics company, scaled up its presence in South India with the opening of its 10th SmartWorld store in the region and the 1st outlet in Coimbatore, the second-largest city of Tamil Nadu. With the opening of the Intex SmartWorld store in the city, the national count has gone up to 130+ stores.

The 400 sq. ft. SmartWorld store was inaugurated by Mr. Vishal Malik, DGM – Branded Retail, Intex Technologies, in presence of senior officials of the company. The first Intex SmartWorld store in Chennai was opened in March 2016, while, the first store of Tamil Nadu was launched in Hosur, in November 2015.

Speaking at the opening of the 1st store in the city, Mr. Vishal Malik, DGM – Branded Retail, Intex Technologies, said, “We are rapidly expanding our retail presence in South India and Tamil Nadu has been a key market for us. After the successful show in Chennai, we are delighted to open our 1st store in the second-largest city, Coimbatore. It is important for consumers to experience a product fully and understand its benefits clearly to make an informed purchase decision. South India is a mature market and we look to expand our footprints beyond the metro cities into smaller cities & towns as well in order to reach out to the end consumers.”

Intex SmartWorld began its operations in April 2015 as part of its continued efforts in strengthening its retail presence and engaging consumer experience. In its 2+ year journey, Intex SmartWorld has spread pan-India covering 90+ cities across 25 states. These exclusive outlets are single touch points to experience the wide range of Intex products through super quality demo by trained personnel. 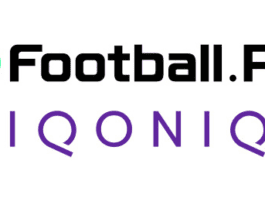