Launching today, Prize Payments brings a streamlined, efficient and economical solution to esports prize payment process and reduces time and costs for publishers and tournament organizers. With an estimated $300 million in prizes expected to be distributed in 2019, Prize Payments is an ideal end-to-end solution for organizing the payment process to navigate issues including multiple currencies, complex regulatory requirements, increasing costs and delayed payments to players.

Created by experienced esports veterans, Prize Payments reduces the time and money needed to complete the payment process and can handle 115 currencies across 180 countries whilst ensuring each payment is compliant with taxation and GDPR requirements in each country.

“Making prize payments across multiple territories is hugely complex and time-consuming. With the increasing success of competitive esports, publishers and tournaments organisers (TO’s) are seeing their challenges and costs rise. Prize Payments streamlines the whole process, reduces cost, and helps to speed the process up for winning players,” commented Han Park, CEO of Prize Payments. “We want to help publishers and organisers to be more efficient by removing their hands-on time expediting the payments, we believe this is a genuine win-win for both publishers and players,” Park continued.

It’s estimated that companies are spending 10-20% of their prize fund value on accounting and operational costs as well as transfer fees. Prize Payments makes this process much more efficient and can save organizations up to 50% in accounting costs and time.

Players and teams have seen the length of time to get paid increase as tournaments become larger and the number of prize winners increases. “Getting paid out is probably the worst part of the whole process. We are normally getting paid within 1 to 2 months, but for a few tournaments it can take up to 4 or 5 months. I obviously wish it could be more streamlined,” commented Jake Bain, Halo Coach.

Ensuring local taxation regulations are complied with can be a major time-consuming task as rules change from country to country. In some cases, short cuts have been made, resulting in players falling foul of local tax authorities, “We were told we were always getting paid taxed money, there are logs from the old CEO. Then we were told that none of our taxes had been paid for nearly a year and a half: all the money we had made had not been taxed.

Since NiP is a big brand and Sweden isn’t a very big country, someone that followed esports decided to look into our earnings. The IRS started contacting all the NiP players saying that they had proof that the players owed a certain amount of money, using esportsearnings.com as a reference. That was their “proof” of the money we had made,” commented Robin “Fifflaren” Johansson.

“As esports grows so does the sector’s responsibilities to players and the regulatory authorities. High profile tournaments achieving global coverage are brilliant for the sector, but it will inevitably result in a greater level of scrutiny at a national and local level. TO’s need to ensure their processes can effectively cope with the growing complexities of making fully compliant payments in a timely fashion – anything that can help them to do this is a definite step forward for the sector,” commented Jas Purewal from Purewal and Partners.

More information can be found at https://prizepayments.com 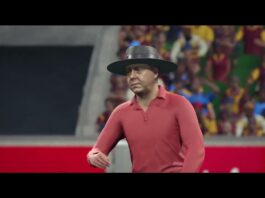 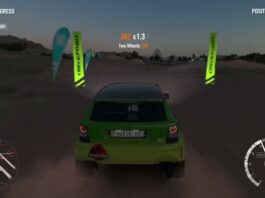