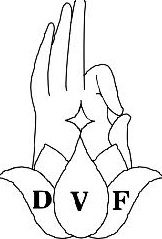 RISE – Symphony No.1 in D minor; a traditional Symphony in 3 movements

THE JOURNEY – the first-ever Symphonic Poem by an Indian compose

Brimming with passion for enriching human values, by uplifting and elevating the spirit of mankind, city based music composer Ganesh B. Kumar, is all set for the worldwide launch of his new album, ‘Spirit of Humanity’. The album comprising a Symphony, RISE, and a Symphonic Poem, THE JOURNEY, the first-ever by an Indian composer, brings to light two of the noblest qualities of man’s earthly existence, ‘Optimism and Humanitarianism’, envisaged through the inspiring life stories of the legendary composer – Ludwig Van Beethoven and ‘Maharaj’ Jam Saheb Digvijay Singhji, ruler of the erstwhile princely state of Nawanagar, Gujarat.

Chennai based music composer Ganesh B Kumar’s ‘Spirit of Humanity’, set for a grand worldwide launch on June 26, 2020, by Navona Records, U.S.A.

(From left to right)

Glorious works of many composers wouldn’t have been possible without the patronage of some of the most influential people in society, who were great music connoisseurs. Shining examples of such generosity can be found over centuries, which include patrons such as the Esterhazy family of Hungary to Joseph Haydn, Baron Gottfried van Swieten to Wolfgang Amadeus Mozart and the famous Archduke Rudolph, youngest son of Emperor Leopold II and youngest brother of Emperor Franz, to Ludwig Van Beethoven. In this respect, Shri. Anand Madhavan stands as a lofty example of a steadfast and generous patron to the composer Ganesh B Kumar.

Incidentally, Shri. Anand Madhavan happens to be the great grandson of Shri. V. Krishnaswamy Iyer, who holds the credit for being the first person to bring out some of  Maha Kavi Bharathiyar’s early poems in print, by arranging to publish and distribute copies to various schools. True to the saying, ‘history repeats itself’, Shri. Anand Madhavan walks his great grandfather’s glorious path by being instrumental in bringing out composer Ganesh Kumar’s album, ‘Spirit of Humanity’.

A spellbinding work of collaboration, ‘Spirit of Humanity’, is an ode to optimism and humanitarianism, supported by a dedicated core team, that includes Dr. Prem Venkatesh, the dynamic Project Lead from Scotland, Shri. V. Muthukumaraguruswamy, a spiritual guide, erudite scholar and Chief Linguistic Consultant, Mrs. Georgina Margarite Ezra, Songwriter, Translator and Linguistic Trainer, and Shri. Anand Madhavan, the backbone and the Patron of the project.

Both the works have been performed and recorded by the Staatskapelle Orchestra, Halle, Germany, under the baton of the renowned conductor Bernd Ruf, comprising 91 instrumentalists, along with 31 singers from the Choir of the Opera Halle, conducted by Markus Fischer.

Speaking at the pre-launch press meet, Ganesh B Kumar shared with us his exciting journey of the making of “Spirit of Humanity”.

In his words: “It has always been my goal to compose music that enriches and uplifts the human spirit. When Dhahara Vidhya Foundation, a non-charitable Trust from Chennai, India, commissioned me to write two orchestral works, I was looking for motivational and socially impactful themes that would benefit mankind. I was reminded of the famous quote of Confucius, “The greatest glory in living, lies not in never falling, but in rising every time we fall”, which inspired me to draw parallels with the life of Ludwig van Beethoven, one of the greatest musical geniuses of all time, whose music rose above every fall he experienced in his life.

It is a known fact that Beethoven’s own circumstances were miserable – loveless and pain-stricken with progressive deafness. Yet, he overcame these obstacles, churning out timeless compositions. I have tried bringing out this dichotomy in the symphony RISE, with the descending phrases depicting the various falls in his life, while the consequent victorious emergence is pronounced through the ascending phrases, invoking the spirit of positivity and perseverance”.

Speaking on his second composition, Ganesh Kumar said, “As with the first composition, I was seeking a challenging and meaningful theme for my second work. My search ended when Shri. Anand Madhavan drew my attention to a treasure trove of lesser known historic events of pre-independence India (1942-1947), which included the touching act of humanitarianism by Maharaj Jam Saheb Digvijay Singhji, who was the first ruler to open doors to and save the lives of thousands of Polish refugees during the Second World War. The magnanimity of the Maharaj and the riveting tale of displacement, despair, migration and resettlement of Polish refugees from the Soviet Union to India, inspired me to write the Symphonic Poem THE JOURNEY – from Despair to Hope, as a fitting tribute to the ‘Maharaj’, ruler of the erstwhile princely state of Nawanagar, Gujarat.”

THE JOURNEY begins with a melancholic aria, Lost Souls, penned by Georgina Margarite Ezra, depicting the desolate condition of the Polish children. The pinnacle of this composition is the inclusion of a timeless Tamil poem from Purnanooru, Undaal amma ivvulagam, written by the ancient King of the Sangam era, Kadalul Maaindha Ilamperuvazhudhi. The king, through this poem, gave mankind a poetic message about humanitarian values, several centuries ago. This poem has been used as an analogy to highlight the generosity and large-heartedness of the Maharaj. The sole credit for choosing this poem and imparting linguistic training to the German singers goes to Shri. V. Muthukumaraguruswamy.

Special significance – The worldwide release of the album, “Spirit of Humanity”, featuring RISE and THE JOURNEY, on June 26th this year, attains special significance due to the fact that the current year 2020, happens to be the 250th birth anniversary of Ludwig Van Beethoven, as well as the 75th anniversary, commemorating the unconditional surrender of Nazi Germany, to the Allied forces in 1945, thereby ending World War II in Europe. The universal message of the spirit of positivity and humanity conveyed through this album, would surely provide musical solace during these troubled times of the pandemic.

More about the album

RISE: A tribute to the legendary composer Ludwig Van Beethoven on his 250th birth anniversary, the symphony RISE invokes the ‘Spirit of Positivity & Perseverance’. It sheds light on how Beethoven emerged triumphantly as one of the most successful composers of all time, overcoming various hardships in his life. It is a humble tribute by Kumar to one of the greatest musical geniuses of all time, whose music rose above every fall he experienced in his life.

The piece draws heavily on Beethovian elements from the first measure to the last, and includes, among others, reminiscences of Beethoven’s most popular themes, such as the opening motif of the composer’s Fifth Symphony, but consciously introducing a rising figuration (as against the falling 3rds of the original) signifying positivity and perseverance.

THE JOURNEY: The symphonic poem, THE JOURNEY – from Despair to Hope, is a large piece of program music that reminds the listener of the little-known terrible hardships of Polish refugees in the early 1940’s, when thousands of displaced Poles in Russia, owing to a great humanitarian act by Maharaj Jam Saheb Digvijay Singhji, embarked on an arduous journey to India, and found a new home in the then princely Indian state of Nawanagar, Gujarat.

This composition paints the deprivation, desolation, and truculent perseverance of the refugees in stark tonal colors and the finale, an extolment of the Maharaj’s generosity, vividly evokes the satisfaction and relief in the face of a suffering overcome. The Symphonic Poem makes a powerful case for pacifism on the 75th anniversary of the unconditional surrender of Nazi Germany to the Allied forces, in 1945, there by ending World War II in Europe.

‘Undaal Amma Ivvulagam’- An a cappella in Tamil: As a reprise, Undaal Amma Ivvulagam, a timeless poem from Purananooru, written by the ancient King Kadalul Maaindha Ilamperuvazhudhi, is featured as a bonus track in the album as an a cappella, sung by Shalini Singh Balaji and Keshav Vinod Kumar, thereby giving an Indian twist to conclude the Album.

DEVOLVER DIGITAL announces an unhealthy amount of games at E3 2019