‘Angry Birds Friends’ Out Now on the Microsoft Store (PC)

With the Angry Birds once again gracing movie theaters worldwide in The Angry Birds Movie 2, the enraged avians are also coming to your Windows 10 PC via Angry Birds Friends, which releases today — free to download* — on the Microsoft Store.

Angry Birds Friends offers the quintessential bird-flinging, pig-popping Angry Birds experience, but adds a fun competitive layer with bite-sized tournaments to pit yourself against your friends’ slingshot skills. With new tournaments released every week and thousands of levels to enjoy, the destruction is almost endless.

To get yourself up to speed with Angry Birds Friends, the development team at Rovio HQ recently talked about the game over on the Rovio Entertainment YouTube channel.

“We’re excited to release two of our most popular Angry Birds games on Windows 10, increasing their visibility and availability during this important period,” says Alex Pelletier-Normand, Rovio’s Head of Games. “We look forward to releasing Angry Birds 2 in September, and in the meantime hope Windows 10 PC users enjoy the fun and competitive element of Friends.”

Rovio Entertainment Corporation is a global, games-first entertainment company that creates, develops and publishes mobile games, which have been downloaded 4.5 billion times so far. The company is best known for the global Angry Birds brand, which started as a popular mobile game in 2009, and has since evolved from games to various entertainment and consumer products in brand licensing. Today, the company offers multiple mobile games, animations and has produced The Angry Birds Movie, which opened number one in theatres in 50 countries, and the sequel to which is set for theatrical release in 2019. Rovio is headquartered in Finland and the company’s shares are listed on the main list of NASDAQ Helsinki stock exchange with the trading code ROVIO. (www.rovio.com) 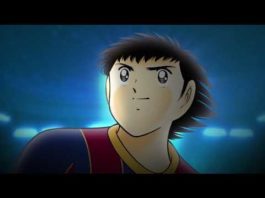