Veteran video game developer Battlestate Games today has lifted the Non-Disclosure Agreement (NDA) for all players with access to its hardcore story driven MMO shooter Escape from Tarkov. Players can now freely publish livestream gameplay on Twitch, YouTube and other streaming services, as well as create video content and screenshots, illustrating their amazing kill shots and spectacular raids within the vast Russian city of Tarkov.

Players can get a chance for access to Escape from Tarkov testing stages by placing a pre-order on the official website: www.escapefromtarkov.com/preorder-page

Escape from Tarkov is a hardcore, online first-person action simulator featuring a realistic health and damage system with MMORPG elements such as character leveling, an extensive equipment inventory, gun crafting and player-to-player trading. In the game, players battle through the war-torn city of Tarkov, which has been sealed off by UN and Russian military forces. Supply chains have been cut, communication with operational command is lost, and in these conditions, everyone has to make their own choices of what to do and how to get out of the chaos-ridden metropolis!

Deep Weapon Customization//
Locate weapon parts around the city, or purchase them outright with in-game cash.Escape from Tarkov features a vast arsenal of realistic weapons tailored to different engagements from combat shotguns for close quarters shootouts to sniper rifles for long range engagement. The customization system includes the ability to change every part of a weapon — allowing players to rebuild the same gun for different situations.

Discover the 3 Locations//
There are three distinct locations to do battle in, each requiring different tactics and weapons to achieve victory – the Factory (close quarters combat area), Customs (combination of close quarters and open area) and Woods (open area with cover and vantage points.)

Choose A Faction//
Players immediately must choose a side to fight for, as one of the two military companies USEC or BEAR. USEC (United Security) works for the scandalous international corporation Terra Group, and instigates local skirmishes in order to obstruct investigations of the company’s activities by local authorities. Moreover, according to intelligence, USEC provides protection for foreign companies and their illegal practices.

BEAR (Battle Encounter Assault Regiment) was created by the direct order of Russian government and operates as part of local authorities and searches for any clues of illicit activity of Terra Group.

Level up//
Players’ characters receive different types of experience depending on what they are doing, and there are going to be over 50 skills in the game, some of them unique and faction-specific. All of them will be separated into 4 types: physical, cognitive, combat and practical. Players need to engage all their learned skills, as unused skills slowly degenerate over time.

Trade//
The Tarkov internal market boasts a realistic AI-controlled economy that is also influenced by player actions. Only AI traders are available currently, but they already have their own peculiar traits and unique ranges of goods, with much more to come.

Experience unrivaled realism//
Your actions may – or may not – be influenced by numerous factors, from character’s injuries and physical states, to environmental effects. The game employs 100% realistic ballistics, a full procedural effect system, absolute control of movement speed and stance, interaction with environments, stealth actions and more. It all feels as real as living it in-person.

Enjoy freedom of choice//
The concept of game progress is highly individual, and so is the choice of tactics. Raids on enemy bases, stealth operations, cooperative missions, trading, exploring, collecting resources, radio communications – in Tarkov, players will have no problem enjoying their preferred play style. 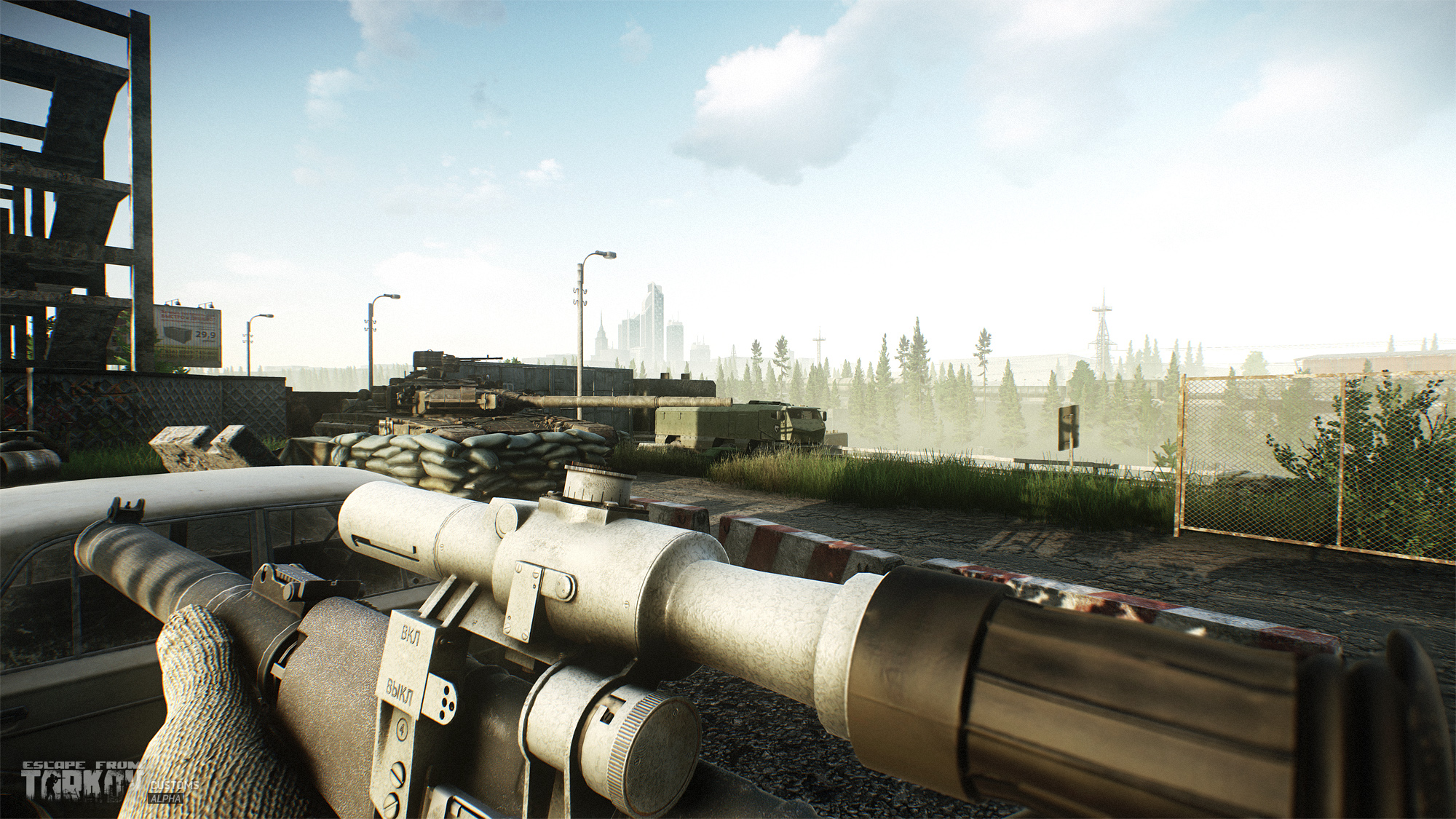 Escape from Tarkov takes place in the Russian city of Tarkov, which has been sealed off by roadblocks and sunk into the chaos of local warfare between private military companies. Escape from Tarkov‘s Hazardous Environment Combat Simulator employs a number of custom system modules to create incredibly immersive gameplay and make players feel the reality of what is happening in the game.

Harvest Moon: One World Coming To Xbox One and Xbox Series...

The PlayStation Anthology – A new hardback book celebrating the 1994...

The last battle of the Third Reich is now recreated in...

CONCEPTION PLUS: MAIDENS OF THE TWELVE STARS