Arrow Gaming, a company focused on acquiring, developing and commercializing innovative technologies for the gaming industry, announced today that it has been awarded additional patents in Japan, Macau, The Philippines and South Korea. Arrow now holds a total 67 gaming-related patents issued in the United States and internationally, and has 22 patent applications pending.

The claimed features may be utilized for a wide array of electronic game types, including games of skill and chance, card games, eSports, pinball, video, arcade, virtual reality games, and sports betting.

The claims provide for host payment/credit accounting-related tasks for game play and cashout operations, including payouts to ticket, debit, credit, loyalty and mobile wallet. Some claims relate to determining and using the player device location to present players with lists of available games in their geolocated location. This enables a determination to be made of whether a player can participate in a game based on market regulations. Other claims relate to detecting gambling rule violations and collusion amongst players. A collusion avoidance policy can be generated and enforced at the player terminal. Game play actions by players can be recorded and analyzed to detect gambling rule violations and unauthorized collusion, or for record keeping, as required by law. These location-based restrictions and anti-collusion related features enhance player experiences and trust levels, while facilitating game operators’ compliance with regulatory requirements.

Issued claims also include skill-based interactive electronic gaming, whereby players or operators may select objectives and gaming parameters that dictate skill level of the game, and can be adjusted based on the selected objectives and payouts. Game-related parameters may include firing rate, number of automated opponents, automated opponent strength level, or amount of time to complete the objectives. These features enable increased payouts for achievement of objectives requiring greater skill, which enhances player engagement and heightens both individual and interactive experiences.

Arrow founder and CEO Jordan Simons explained: “Expanding Arrow Gaming’s Asia-Pacific footprint is a significant achievement as we commercialize our patents within the world’s fastest growing regulated gaming markets. Leveraging technology previously patented in the U.S. and creating new intellectual property rights, including cashing out of skill based games like Pachinko, will empower gaming technology providers and operators to deliver new opportunities that meet the demand of Asia’s expanding markets.” 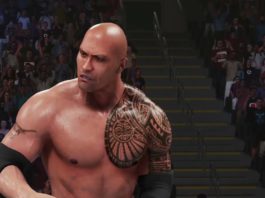