Nvidia is dropping the new GTX 1600 series. They are graphic cards without the RT cores. They will supposedly compete with AMD’s Radeon RX 580 and RX 570 etc. It is rumoured that Nvidia is releasing the 3 cards as 1660, a 1660 Ti, and even a 1650. Nvidia has not made any official statement regarding the GTX 1600 series.

The GTX 1600 series will be using the Turing architecture not Pascal. The top tier of the GTX 16 series’ card is the 1660 Ti which is rumoured to be priced at $279. Some additional reporting suggests that the card will be launched in February.

The GTX 1600 series is set to take on the AMD’s already existing RX 500 series and probably will take over anything Navi is offering. It is highly speculated that the GTX 1660 and 1650 are as capable and as powerful as RX 580 and RX 570 respectively.

Will it have Ray Tracing?

Ray tracing requires specific powerful hardware. Hence ray tracing is hard especially for cards to operate at 1080p. It’s the kind of feature that costs you framerates. The GTX 1600 series are targeting good framerates like 1080p and 1440p this makes it difficult to apply ray tracing without hindering the performance of the GTX 1660 Ti. These GTX cards are a bit underpowered to handle ray tracing. But Nvidia is probably keeping the ray tracing to its RTX counterparts for marketing purposes and also Nvidia is looking to launch a cheaper range of graphic cards. Ray tracing will probably make the GTX 1600 series expensive, also they may want to keep the RTX series exclusive for ray tracing.

GTX 1600 series could be Nvidia first graphic card generation with dual brand graphics. On the marketing platform the RTX probably represents the premium level cards and the GTX 1600 represents the entry level cards.

Will it have DLSS?

DLSS stands for Deep Learning Super Sampling. DLSS is one of the thrilling features of the RTX series. DLSS requires tensor cores but DLSS has the potential to improve the performance of the mid-range and the entry level GPU’s tremendously. Nvidia sold this feature in its RTX series exclusively, but if it is adding this feature to its GTX 1600 series then it will allow them to give significant competition to the AMD’s hardware series.

Both Ray tracing and DLSS are specific key features in the RTX series and Nvidia is probably using them for marketing purposes. If GTX 1660 Ti is taking after RTX 2060, as the cheaper version without ray tracing then there is a possibility that it may have the DLSS feature. But if the tensor cores and the RT cores are what make the RTX series expensive then chances are that these features will not be available in the GTX 1600 series. The GTX series are priced to be more affordable. The aim is to give you great performance at moderate pricing. 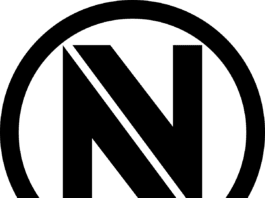